Exhibition Dates: Saturday, July 27 – September 21
Anthea Hamilton’s exhibition LET’S GO will inhabit the main gallery space facing out onto Finsbury Square. Using the classical Japanese dance of Kabuki as the starting point, a wall paper will run around the walls of the gallery setting the scene for a series of sculptures punctuating the space. Sculptures will include a kimono made from leather hanging on their traditional racks as well as household piping painted bright yellow to navigate the space acting as playful, yet reflective props to the narrative. Each object will play off each other, the walls and the dark floors of the gallery and a reference to Robert Crumb’s illustration force the viewer to deal with scale, materiality and narrative as the walk around the exhibition.

Seen as the fourth piece of work in the exhibition, a performance will take place throughout the exhibition by Jordan Johnhope & Gervais Cedric Bitjoka. Dates for the performance are according to the phases of the moon: New Moon, 1st Quarter, Full Moon and 3rd Quarter. See Events page for more information. 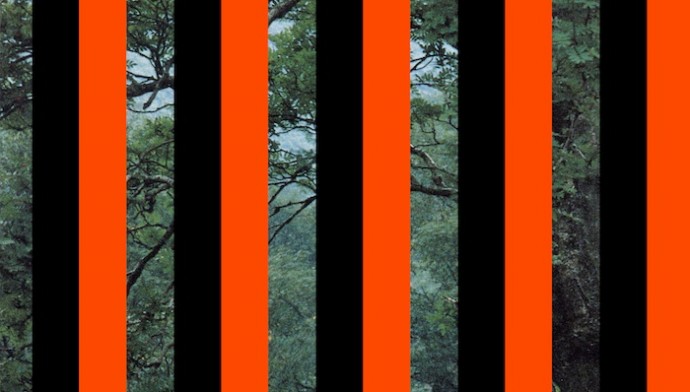 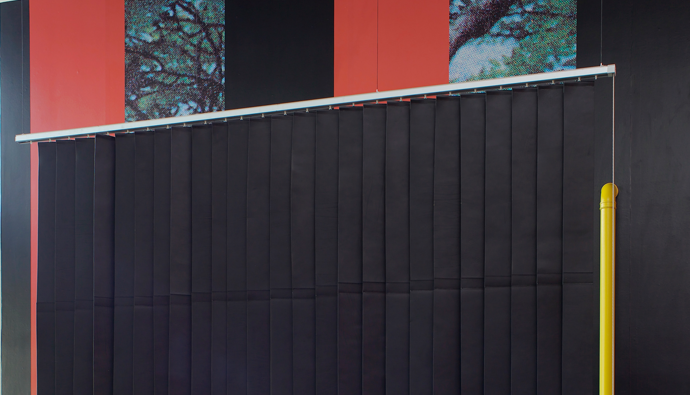 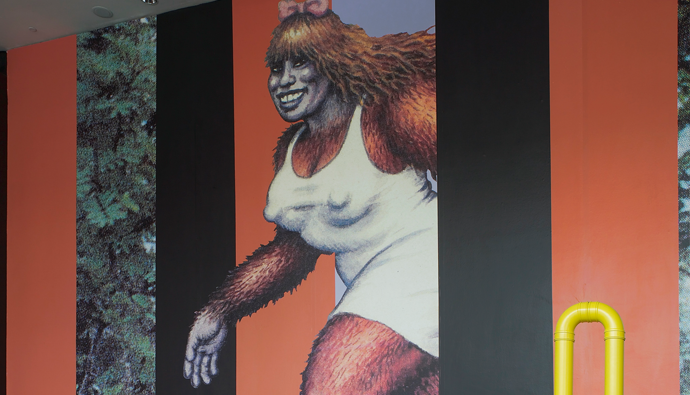 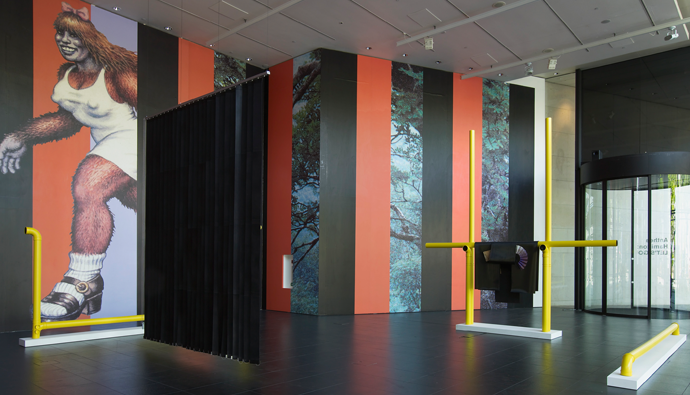 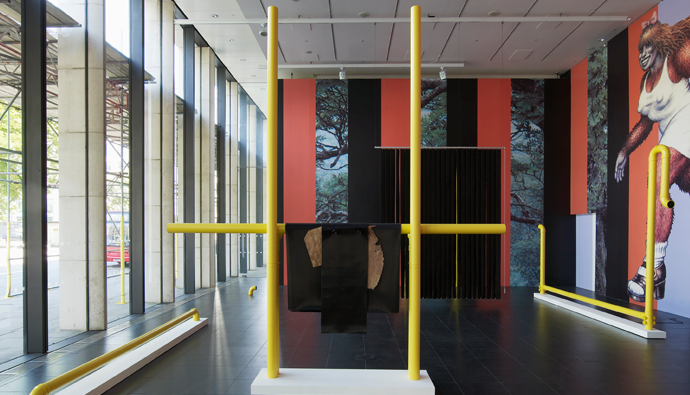 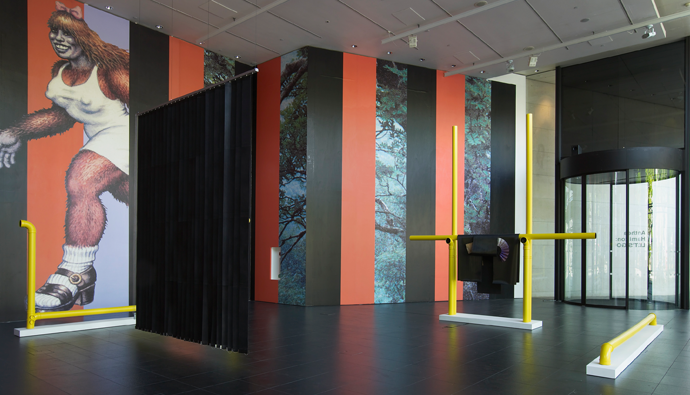 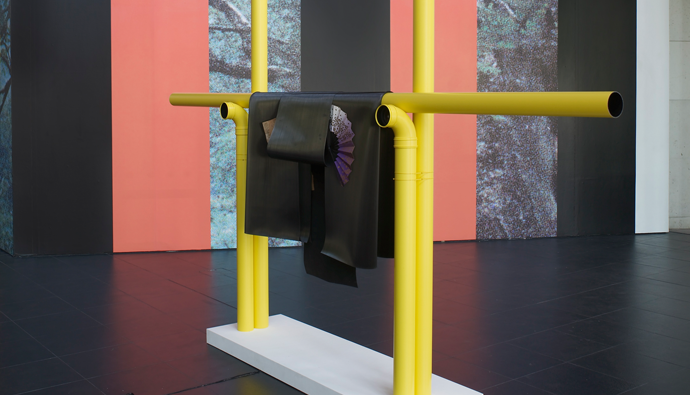 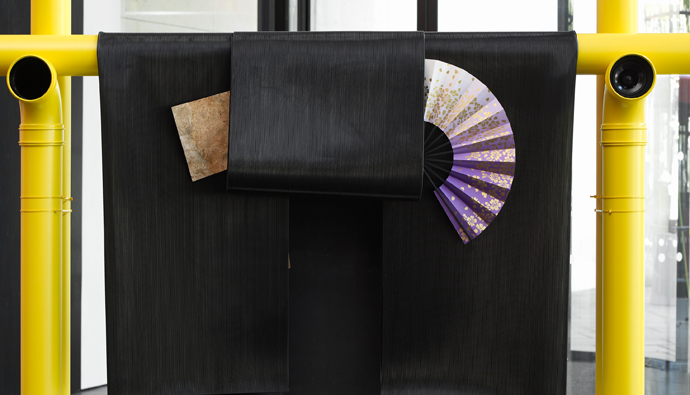 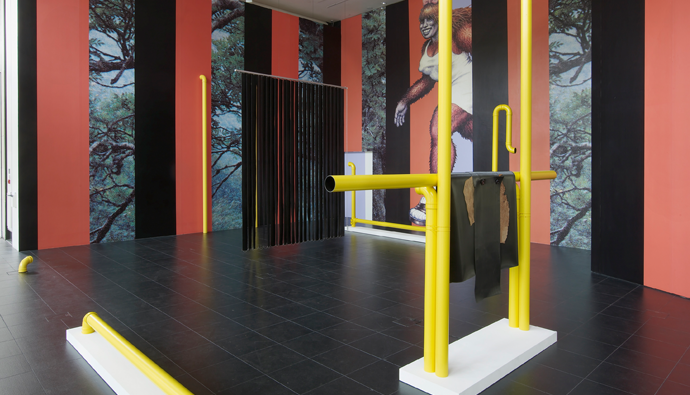 About: Anthea Hamilton
Anthea Hamilton’s (born 1978, London) work has been exhibited internationally including presentations at the Palais de Tokyo, Paris, the Barbican Art Gallery and Tate Britain, London. Her recent projects include a poster design for the London 2012 Olympic and Paralympic Games and a major commission as part of the Cultural Olympiad, Frieze Projects East which she produced in collaboration with Nicholas Byrne. In October 2012 she presented a work as part of The Tanks programme of live art at Tate Modern, her most recent solo presentation was at Firstsite (2012).