Things that are certainly not art

Exhibition Dates: 17 May – 22 June 2002
Cesare Pietroiusti is interested in analysing and determining the conditions under which critical thought is formed and shared by a community. His work explores the intentions formulated by others, which he adopts as his own. He is interested in the problems and contradictions that lie within everyday relationships and which motivate our actions. For Pietroiusti ‘art offers a way to imagine doing things that are unpredictable and that one would not otherwise do’.

Cesare Pietroiusti’s project for Bloomberg SPACE involved inviting individuals to bring something to the gallery that they believed is certainly not art. These items were then sorted, x-rayed, catalogued and placed within the galleries of Bloomberg SPACE. Each participant was given a receipt which entitled them to collect their contribution at the end of the exhibition. The work focused on the inherent paradox of an art project that features explicitly non-art objects shown in an art context. It questioned ‘what art is not, rather than what it is’. 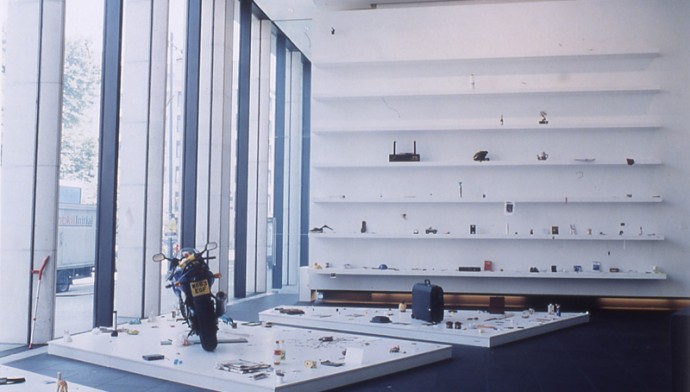