Exhibition Dates: 22 May – 10 July 2004
Invited to make new work for Bloomberg SPACE, Chantal Joffe decided to work on a series of paintings on a scale that she had not approached before. The huge size of the nine resulting paintings was influenced, in part, by the enormous floor-to-ceiling windows of the gallery’s front space. The idea of the limitation of time came with the commission, the much larger surfaces on which to paint and the use of different materials and methods were both thrilling and daunting for the artist.

By contrast, Kenny Macleod makes work primarily in the mediums of video and image/text. His works often create disorientation and confusion by refusing to provide linear narratives with which the viewer can engage. He is particularly interested in ideas related to identity and the fluidity that exists between professional, social and personal spheres. Having to provide their own interpretations of the situation proposed by the artist, the viewer becomes a vital part of the work as they examine, reassemble and complete each piece. 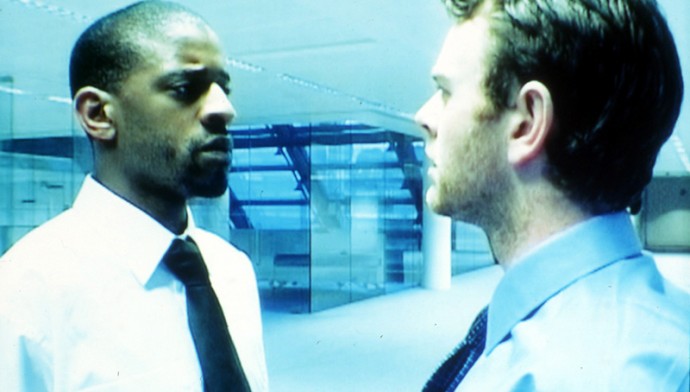