Exhibition Dates: 7 – 23 May 2009
Dan Perjovschi is an internationally renowned artist who mixes drawing, cartoon and graffiti, working quickly and directly on the walls of museums and contemporary art spaces all over the world. His drawings comment on current political, social and cultural issues, as he trawls the media at the time of the exhibition to make simple direct responses.

In doing so, Perjovschi turned the front gallery at Bloomberg SPACE into a giant sketch book, immersing viewers in a sea of information. Inspired by the thought of Bloomberg LP as purveyor of information, and by the need for transparency in the transmission of information, Perjovschi chose to draw only on the glass frontage of the gallery leaving the internal walls bare. To compensate for the scale of the windows Perjovschi scaled up his drawings and inverted some of his motifs so that they could be read from the street. 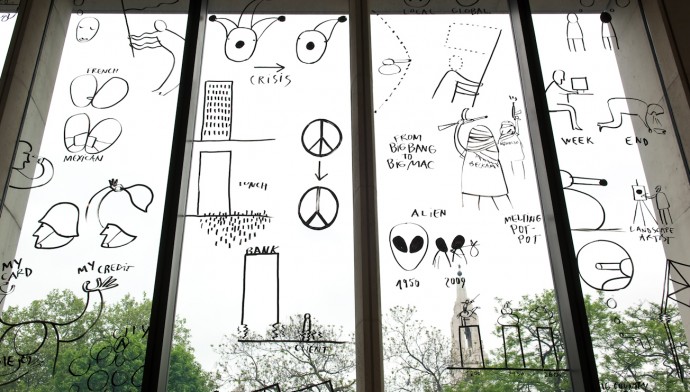 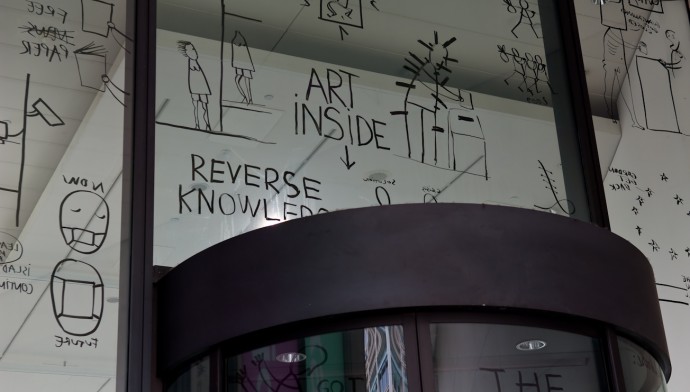 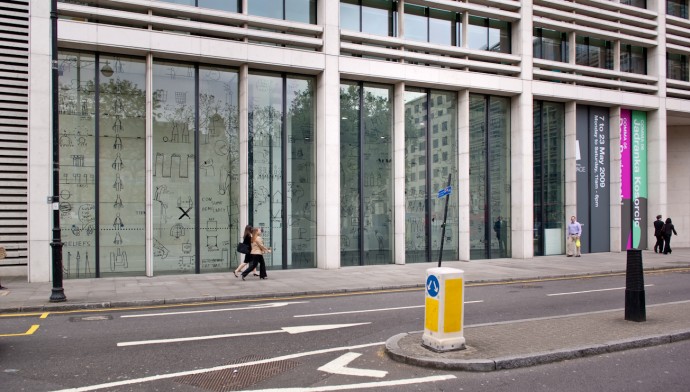 About: Dan Perjovschi
(b. Sibiu, Romania 1961) lives and works in Bucharest.