Coleman creates unexpected intersections between the languages of modernism, architecture and the decorative. For his solo exhibition at Bloomberg SPACE Coleman will create 4 pieces for the front gallery that will balance between a developed understanding of the architecture of the space itself and his investigation into exhibition making as design. Approaching the gallery space as a form in itself each piece has been conceived with a place in mind, a place within the gallery and another external to the space which has informed its making.

Constructing strategies for scale and applying a varied approach, each work represents an interaction of the individual act with the overall scheme. The show will include a large wall drawing developed from a snapshot of the terrazzo surfacing of the nearby Barbican Centre. Expressed initially as an intricately detailed watercolor then formed into a relief of wooden tiles; drawing, sculpture and photograph come together in an uncomfortable unity. Three large sculptures will straddle the space; scaled stand-ins for the archetypal modernist upright of Basil Spence’s Swiss Cottage Library, affecting the dynamics of circulation and viewpoint. A curtain will be installed behind the distinctive glass façade. Constructed from overlapping layers of transparent material it will delineate the threshold between the gallery and the exterior, concealing or revealing the works of the exhibition according to the differing light levels inside and out. The fourth work, a large text piece will incompletely cover two of the gallery’s seven meter walls. Sketched in and loosely applied it deliberately mis-transcribes a Latin American slogan which emptied of its meaning approaches text as space filling decoration. 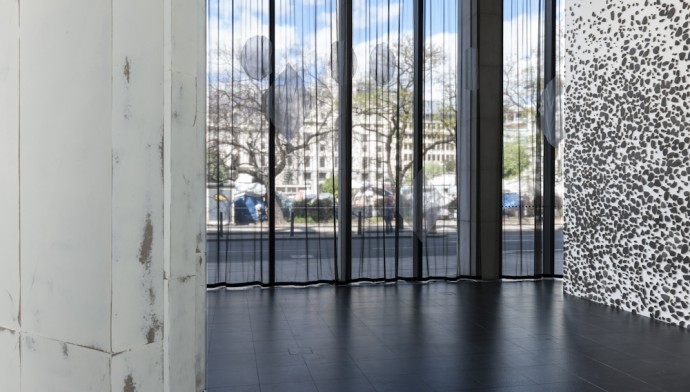 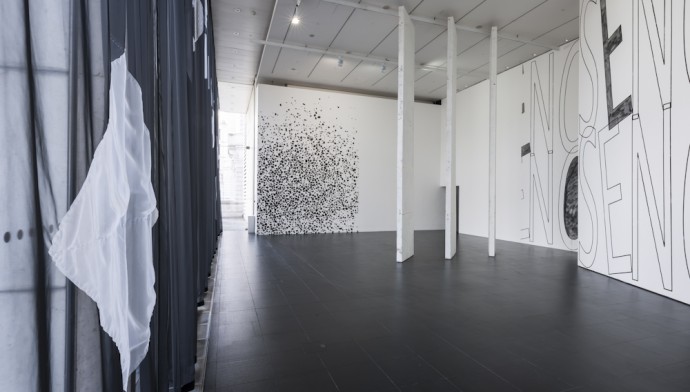 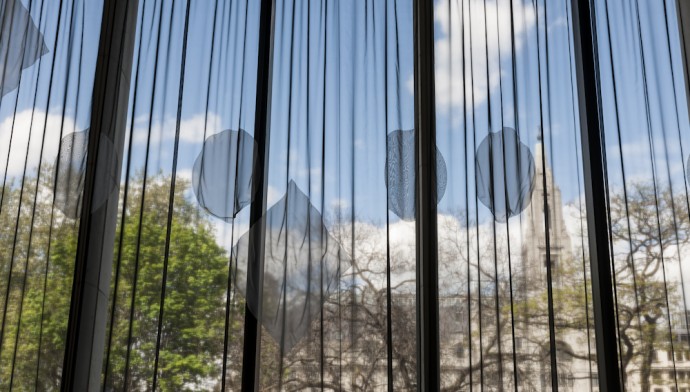