Exhibition Dates: 7 – 23 May 2009
Jadranka Kosorcic was invited to work with members of Bloomberg staff as her sitters for a new series of commissioned drawings for COMMA. In the run up to the opening she became an artist-in-residence within the Bloomberg offices, creating up to three real-time, real-life charcoal portraits of Bloomberg employees each day.

To select participants Kosorcic advertised for ‘subjects’ on the internal Bloomberg network and looked for some sort of connection with her subject on both a physical and mental level before she choose who to draw. Kosorcic likens this process to a kind of ‘Blind Date’. This is not simple street portraiture though – her fine, hard, singular line captures something particular about the sitter. The resulting family of strong, expressionistic portraits were displayed across the rear gallery alongside projected hugely enlarged versions of the portraits that could be seen from different levels from within the building. 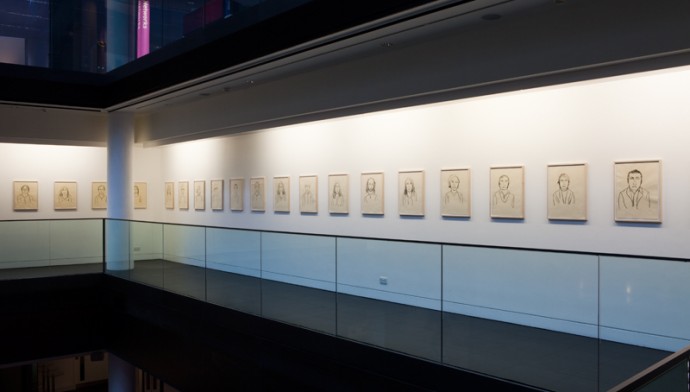 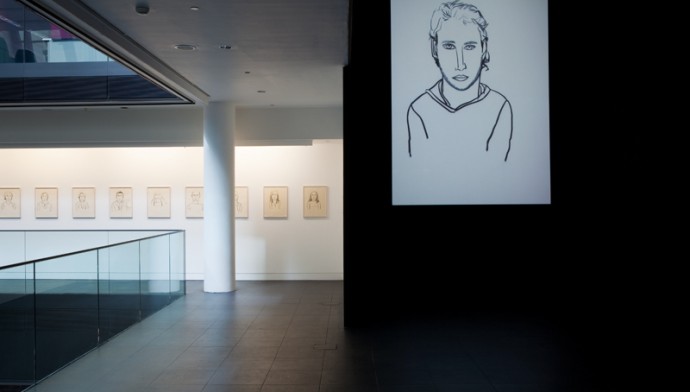 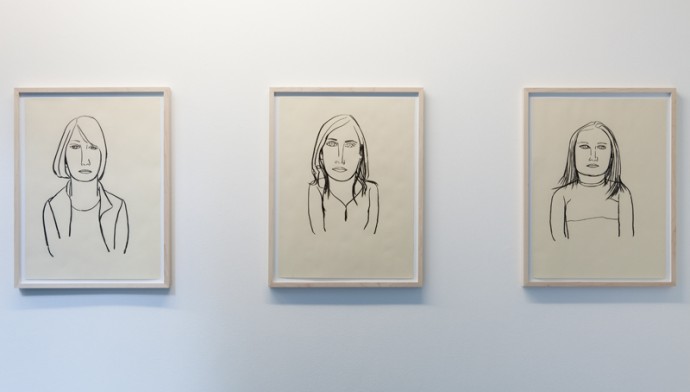 About: Jadranka Kosorcic
(b. Split, Croatia 1972) lives and works in Münich.