Exhibition Dates: 1 – 25 April 2009
Jose Dávila, who initially studied architecture in Guadalajara, Mexico, is part of the recent celebration of New Mexican art. For COMMA, Dávila created a dramatic sculptural presence in the front gallery, which when viewed from the street appeared to be floating like a mirage.

Using simple building materials and neon light, he created an eloquent large-scale constellation of suspended geometrical shapes. Conceived as the evolution of two of the aritst’s previous projects this new site-specific installation continued to explore Dávila’s recurring fascination with levitating and disintegrating structures. The basic units of the sculpture were hexagonal MDF frames illuminated by corporate office lighting strips. Each one of the hexagons was missing at least one of its sides, allowing the work to be seen up and through. 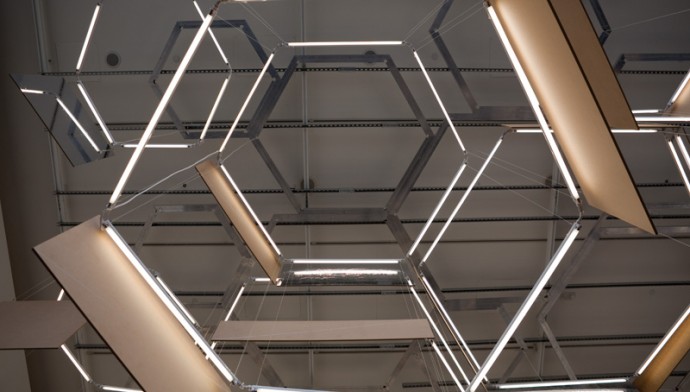 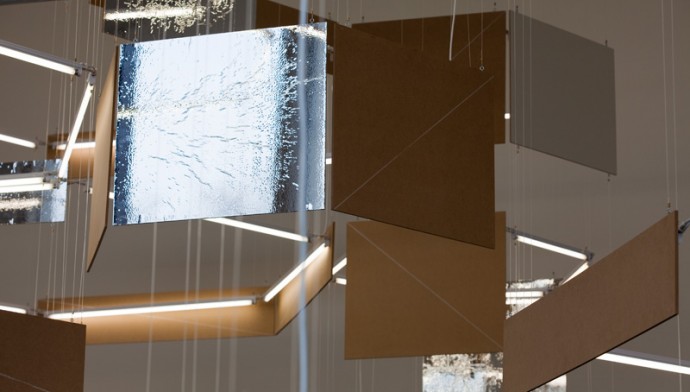 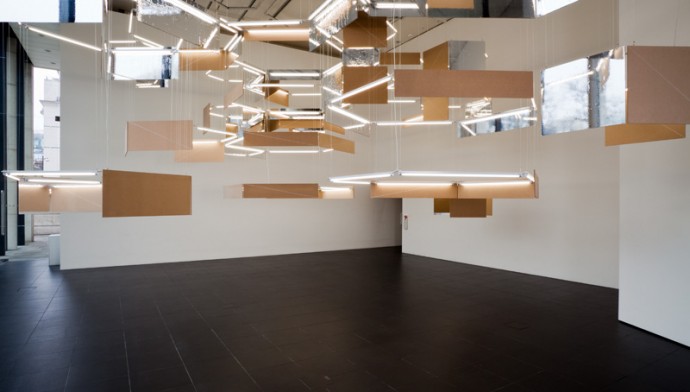 About: Jose Dávila
(b.1974) lives and works in Guadalajara.