23 February – 26 March 2011
The highly acclaimed Dutch artist, Lidwien van de Ven, is hugely exact about the source of image she uses. She travels, finds imagery, makes photographs, researches continuously to investigate the complexity of political and religious circumstance across the world. Her relation to imagery is pivotal as she brings something of photojournalism into the art gallery but the way in which she takes a picture, makes a film, finds a text, and then displays the combination, allows a layered, sometimes poetic, reading to be established.

Van de Ven’s commission for Bloomberg Space consists at one level in a very spare display. One film, one photograph, the image of a black square denoting a break, full stop, end and relief, and, a white square denoting an absent image. The context of a gallery allows a particular approach and range of associations to come into play. The huge photograph of cloud covered Merapi, the recently erupted Indonesian volcano, dominates, while the film, taken inside the enormous Istiqlal Mosque in Jakarta, shows the continuous incidental movement of people arriving, leaving, praying, waiting, chatting and folding cloth.

Lidwein van de Ven’s work here stretches the opportunity to allow aesthetic and artistic expectation to merge with how we live now. She challenges the relationship between news and nuance, the present and the past, in terms of the way information is and can be known. 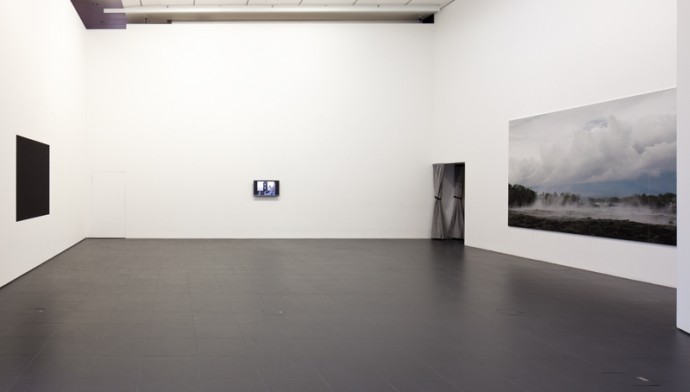 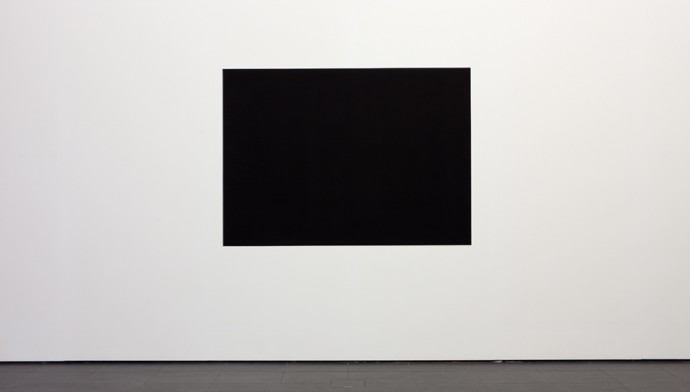 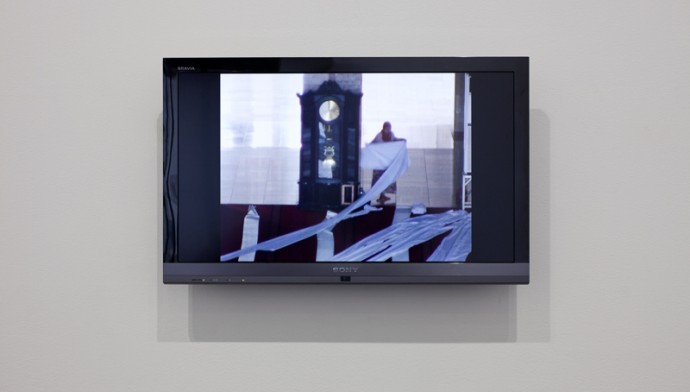 About COMMALaunched in March 2009, COMMA is a dynamic new series of commissions enabling artists to experiment and expand their practice in relation to Bloomberg SPACE and its communities. Over thirty of today’s most outstanding emerging and established international artists will be invited to create new work, installations and architectural interventions in a fast paced succession of exhibitions. The program is curated by David Risley, Graham Gussin, Stephen Hepworth, Sacha Craddock and Vanessa Desclaux.