Exhibition Dates: 7th August, 7pm
For his exhibition at Bloomberg SPACE, Matthew Darbyshire presents an invisible dwelling, a ghost architecture that is just as present and dictatorial as the EU space standards that inform it. This new installation will serve as a framework to house a collection of design and ethnographic artefacts from the Tyne and Wear Archives and Museums collections.

Matthew Darbyshire’s work exposes a history of things, a perspective where processes of innovation, replication, and mutation are in continuous conversation. Exploring a contemporary world of collisions between objects,ephemera, styles and epochs, Darbyshire makes us aware of the ideology of objects, the fracture between what we seek in consumable “things” and the reality of what they actually present to us.

Situating these original artefacts within a generic contemporary landscape creates an atmosphere of both reverence and distrust. The juxtaposition of real and synthetic woods sets up a tension between the authentic and the artificial, a symbolic landscape which makes us acutely aware of the histories that for better or worse we still inhabit.

A collaboration between Bloomberg SPACE and Tramway Glasgow. With support from Tyne & Wear Archives & Museums.

For more information on the objects loaned from the Tyne and Wear Museums and Archives click here. 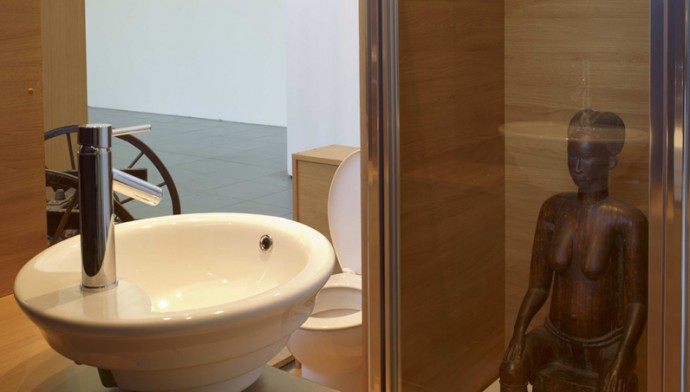 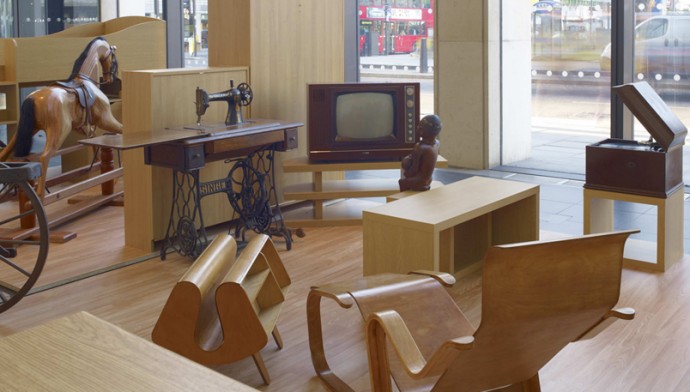 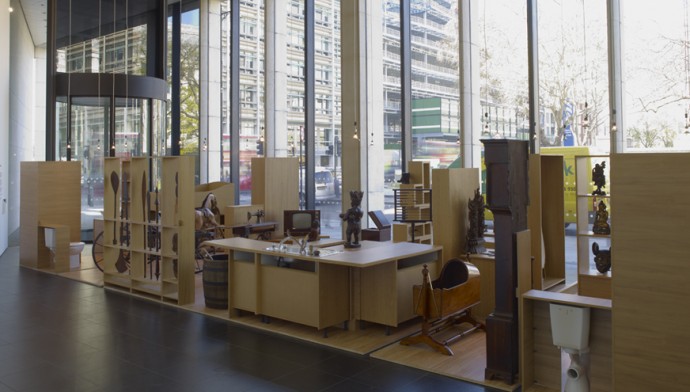 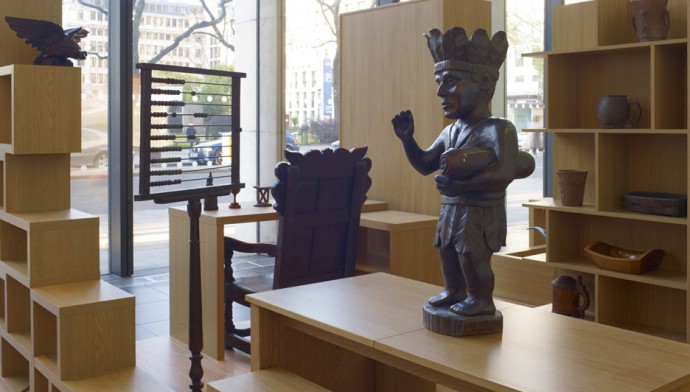 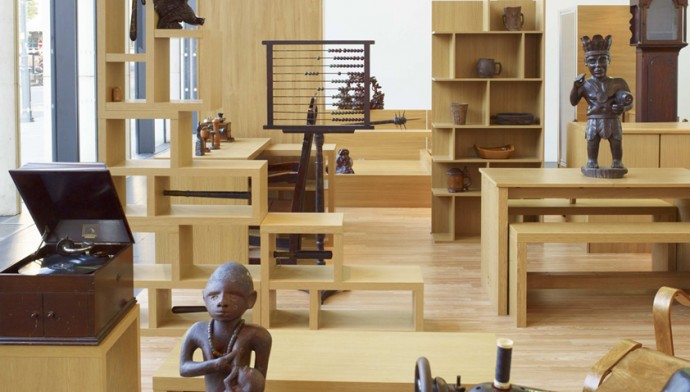 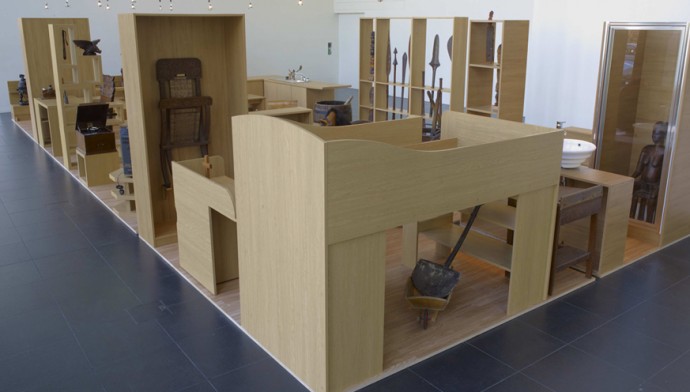 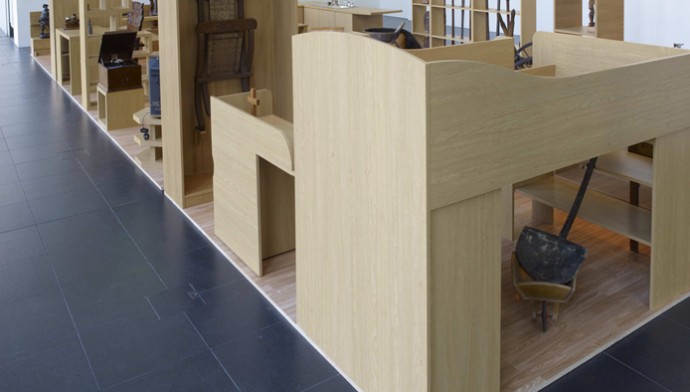 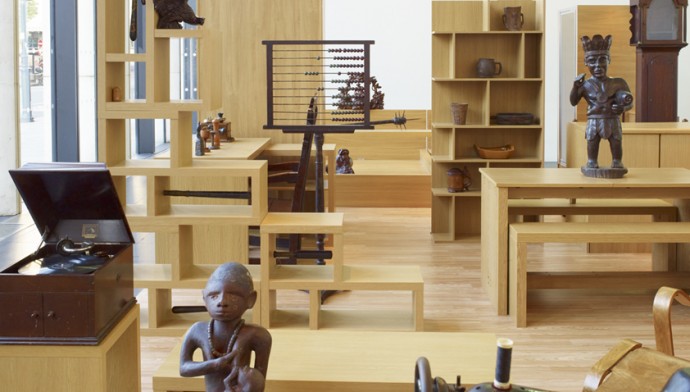 About: Matthew Darbyshire
was born in the UK in 1977. He studied Fine Art at the Slade School of Art and at the Royal Academy Schools in London.
Darbyshire has had solo exhibitions at Gasworks, London; The Hayward Project Space, London; Herald Street, London; Tramway, Glasgow; Taro Nasu, Tokyo and Jousse Enterprise, Paris. He has also participated in numerous group exhibitions across Europe, Asia and America.

Darbyshire has exhibited in various major UK survey shows including the ICA’s Nought to Sixty programme curated by Mark Slaydon in 2008, Tate Britains Triennial Altermodern, curated by Nicolas Bourriaud in 2009, and the British Art Show 7 Days of the Comet, curated by Tom Morton and Lisa Le Feuvre 2010.

Matthew is currently the teaching fellow on the graduate sculpture programme at the Slade School of Art, London. Darbyshire is represented by Herald Street, London and lives and works in London.