Exhibition Dates: 5 – 21 March 2009
In the front gallery at Bloomberg SPACE, Miguel Palma presented a fragile equilibrium with two water tanks each holding a single fish. The tanks, one filled with fresh water, the other filled with salt water, were placed on large industrial metal tripods and surrounded by pumps, pipes and machinery. As the title of the new commission, Osmosis, implied the work was a complex installation that allowed water to be recyled between the tanks through a continual process of salination and de-salination. The salt water fish and freshwater fish each thriving in their discrete environments.

The work investigated the relationship between machine and life but also considered ideas of sharing and division. Palma successfully transformed what at first seemed like a simple demonstration into something dramatic, compelling and full of suspense. 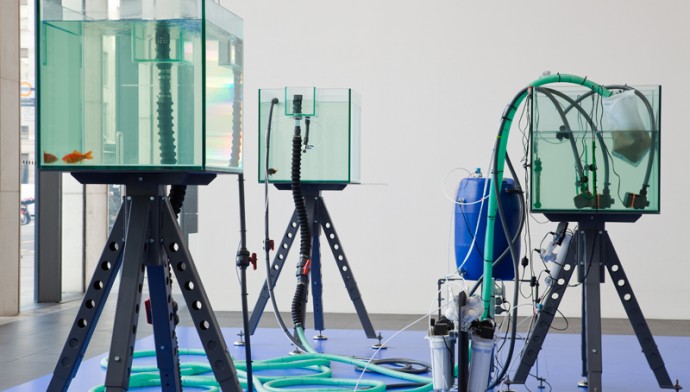 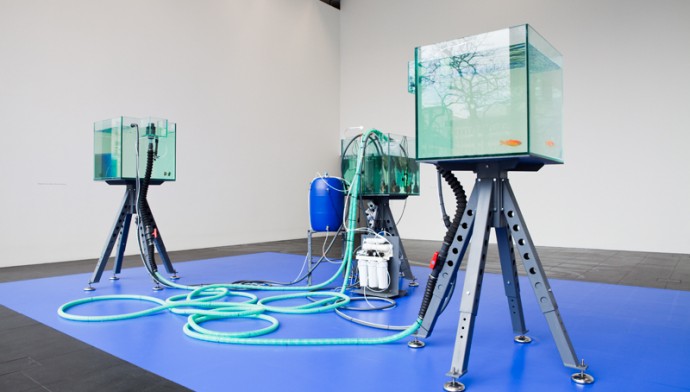 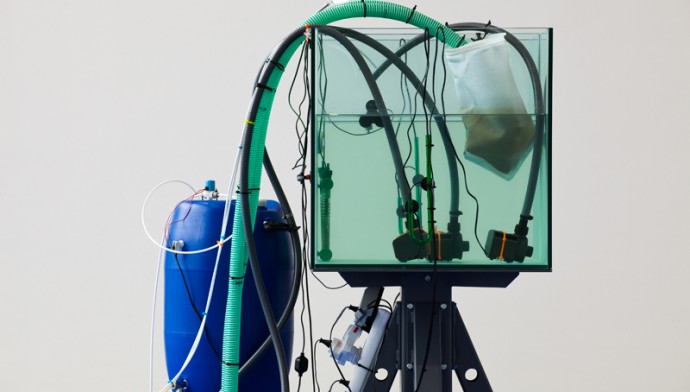 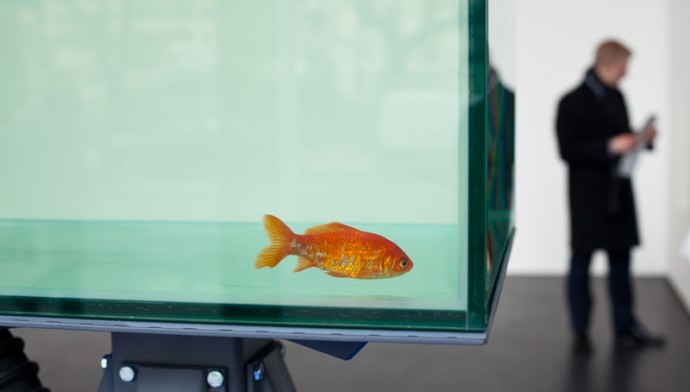 About: Miguel Palma
(b.1964, Lisbon) lives and works in Portugal.