Exhibition Dates: 4 July – 17 August 2002
Despite differences in generation and use of medium, the work of Rene Daniels and Karin Ruggaber carries the same sense of spatial promise.

Karin Ruggaber’s work asks questions about perception and function. Working with materials and scale with great consideration, Ruggaber creates works that have a sense of belonging to the surrounding architecture, and yet they carry a strange feeling that they come from elsewhere. At Bloomberg SPACE Ruggaber exhibited Fence – a work which neither played a purely functional role, nor did it delineate or prohibit. Its parts were displayed rather than functioning to create a fence that did not contain and could not in turn be contained. Ruggaber’s second work in the exhibition, Light, was a functioning rig which illuminated the gallery with its own subtle conditions. Existing as a layer on the pre-existing architecture it added something barely perceptible, yet its scale and positioning threw everything into contrast.

Rene Daniels’ painting literally opens up the possibility of space within the surface of the painting. This geometric play with illusion, where the shape shifts backwards and forwards between spatial illusion and regular motif, does in its very simple way bridge abstract and illusory space. This exhibition provided the first opportunity to experience Rene Daniels’ painting in Britain and to test its relation to time. The exhibition was not a grand retrospective but rather the chance to see his highly influential and valuable work in an active contemporary context. 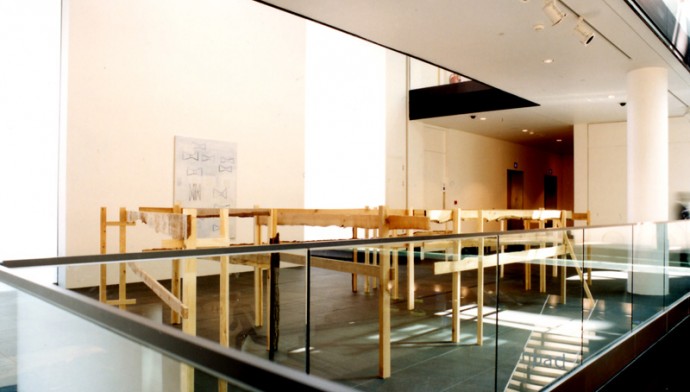 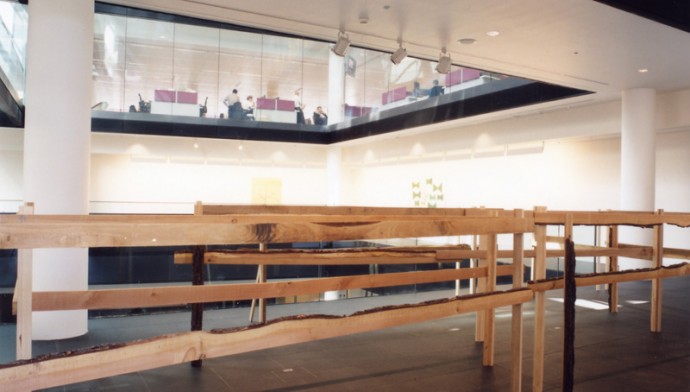