Exhibition Dates: 13 October – 2 December 2006
One of the most inventive and influential French artists of his generation, Bertrand Lavier focuses on the convoluted relationship between art and reality – where are the limits of art and how much is the look of art influenced by what we expect of it? Superimposition is a distinctive characteristic of Lavier’s work, often elevating everyday objects to the level of artworks. La Bocca (2005) stacks the iconic lip-shaped sofa (originally produced in 1970) based on Salvador Dali’s famous Mae West sofa of 1936 on top of a chest freezer, forcing the idea of hot and cold together. By filming Mark Rothko’s painting Four Darks in Red (1958) on 35mm film, Lavier attempts to capture the experience of this painting. Transferred to video and projected actual size, it is both a documentation of the original work and a piece in its own right. In this provocative work Lavier takes a popular artist, whose work fulfils prescribed expectations of modern art, and raises questions about value and exchange. Empress of India II (2005) is a remake of one of Frank Stella’s striped works in coloured neon. Lavier regards these works as paintings but in light. The shift in material makes clear reference to advertising, surrendering the art object, in part, to the world of communications and design. Empress of India II (2005) glows with an intensity that appears to leave behind its origin as painting, yet still fulfils Stella’s declared intentions of “What you see is what you see”. 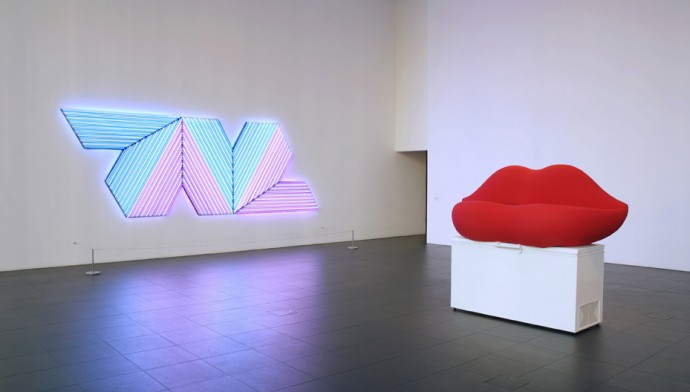 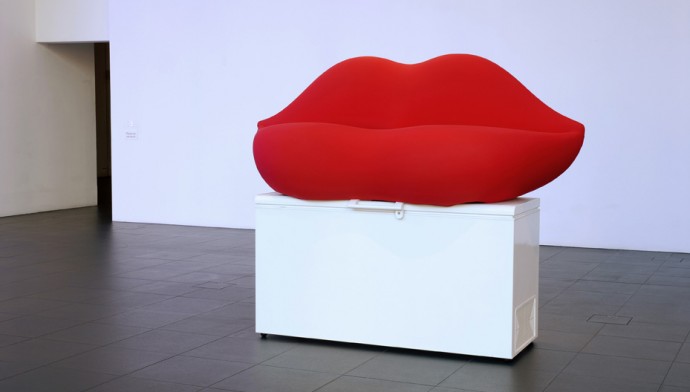 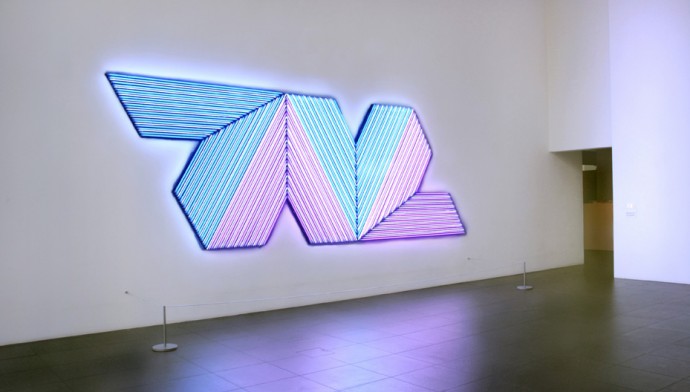