Exhibition Dates: 4 August – 23 September 2006
Seven London based artists were invited to consider the journey from their home or place of work to Bloomberg SPACE as the inspiration for making new work. The seven resulting commissions were distinguished by their very different approaches to the idea and their experiences of these journeys. They encompass the disciplines of sculpture, performance, painting, photography and film. Part of our experience of the city is formed by the way in which we move around it. Whilst London is constantly developing, certain aspects of its geography, such as its roads and rail links, appear to evolve slowly, over decades, if not centuries. The significant changes can be observed in the space between – the islands of land described by the webs of interlocking networks and the neighbourhoods in redefinition.

Keith Coventry utilised the symbolic language of early modernism in a large, white, shallow sculptural relief that features directional arrows. Mustafa Hulusi used abandoned billboards in the East End to display posters with his retinal starburst logo that also appeared as paintings within the gallery. Hew Locke appropriated the sculpture of Winston Churchill in Parliament Square which he transformed with pound-shop merchandise, an act which questions the nature of history and culture. Dietmar Lutz’s installation of impressionistic paintings captured people and vistas glimpsed on his journey from Hackney Wick. Mark McGowan showed the press coverage of his celebrity three-legged race from Peckham via Lambeth Bridge and Oxford Street to Finsbury Square (taking place shortly before the exhibition opened). John Riddy’s intense colour photographs are reflections of his meditation on time and place, surface and light, while Anne Tallentire’s twenty minute film showed the night sky growing lighter, framed by the edges of buildings and the tops of trees, as dawn breaks on her journey by car. 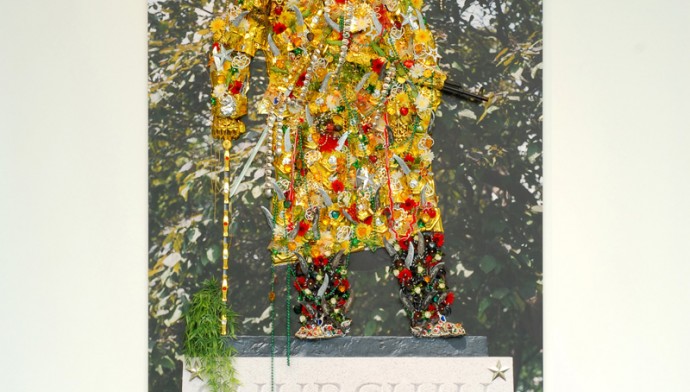 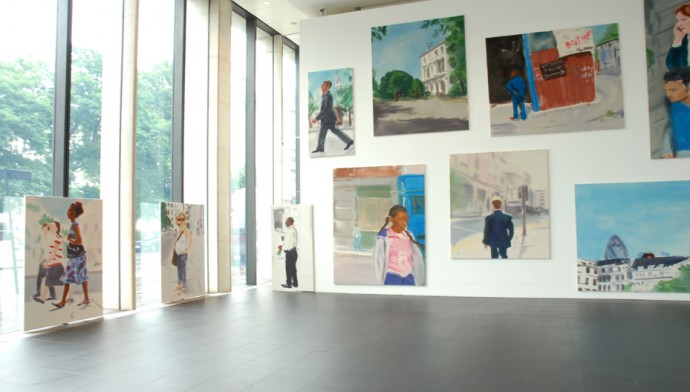 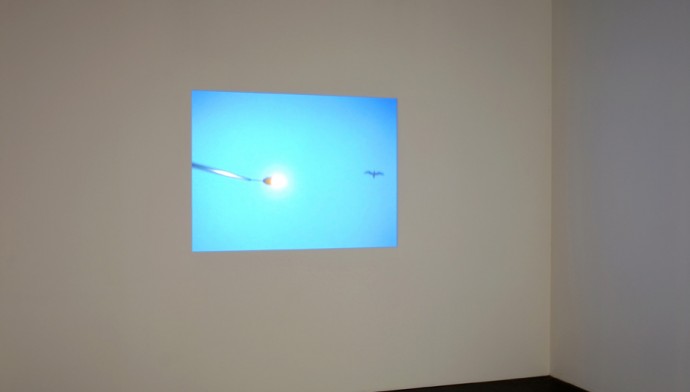 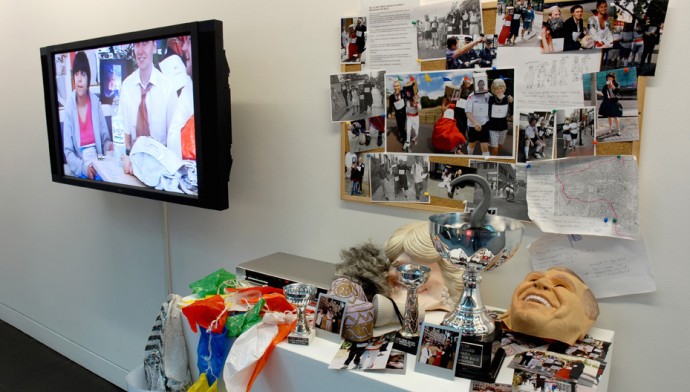 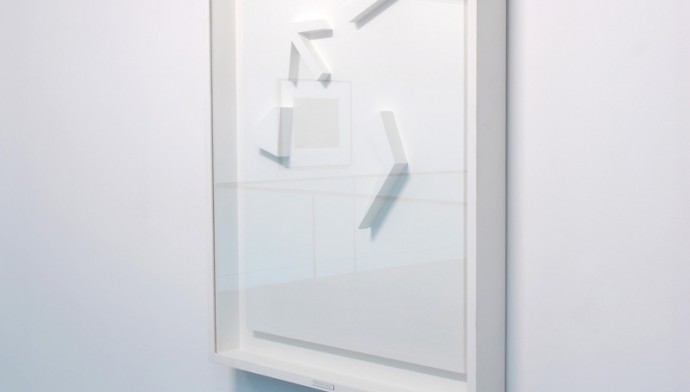 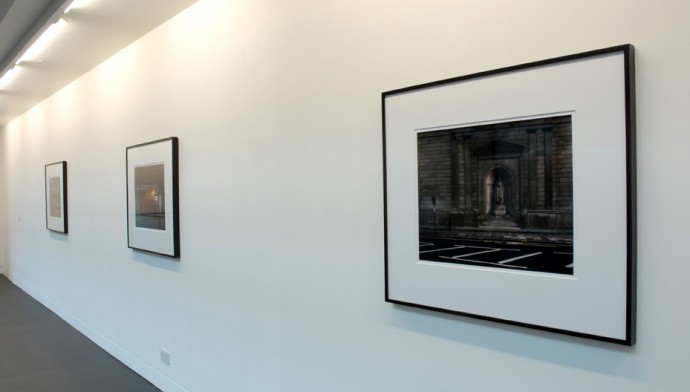 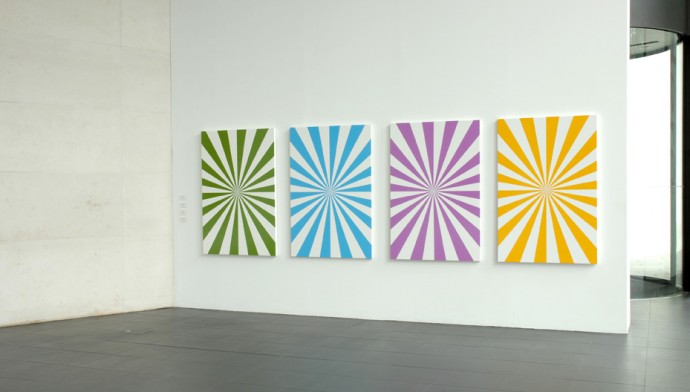