Exhibition Dates: 9 June – 22 July 2006
The work of the five artists included in From There involved the notion of an alien presence. All of the works addressed the notion of manifestation, its articulation, and how otherness might be described or imagined. The works suggest that they are the earthbound indications of another dimension, and that they have arrived from a parallel or completely different space. This raises questions about origin, and plays with ideas of identification, visitation, and expectation.

Wilhelm Mundt’s Trashstones are highly finished multicoloured forms each individually stamped with an enigmatic numerical code. With an internal core made from compacted discarded material, and swathed in shiny resin, each carries a suggestion of energy. The iridescent form of Nicholas Deshayes’ Rock (2005) echoes the Rosetta Stone stripped of symbols and text. The shining surface continues to carry communicative possibilities, in its association with the past as well as the future. Adam Chodzko’s glass droplets filled with bright red ‘manifestation juice’ appear to seep into the gallery. His Secretors (1992) carry an indication of movement, a force that oozes through into this world. These diminutive sculptural works, which appear where wall meets ceiling, provide a sign of a different presence. Laurent Grasso’s Projection (2003-05) consists of a video projection of an unearthly cloud moving at a highly determined pace through the streets of Paris and consuming all in its way. It is projected at such a scale that it provides an almost threatening and direct experience for the viewer. Lee Mackinnon’s video shows a crashed flaming craft that reconstitutes itself in reversed time and hovers enticingly in an urban park. 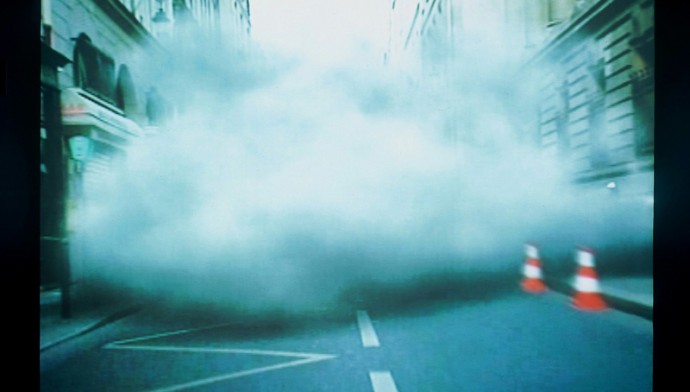 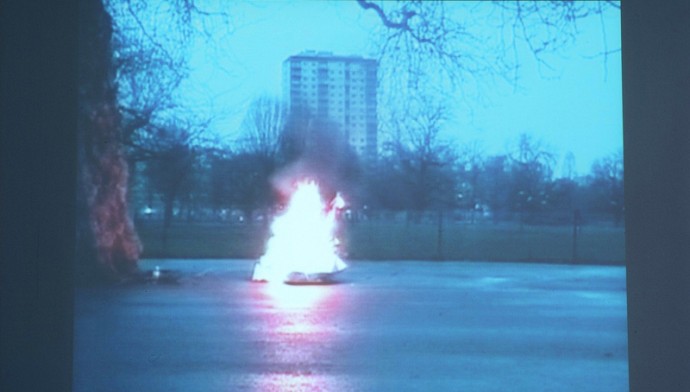 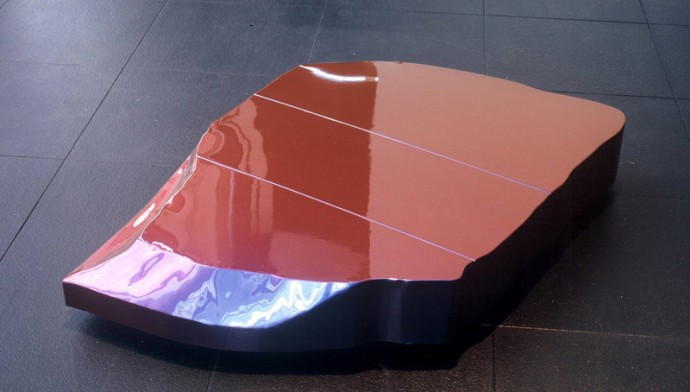 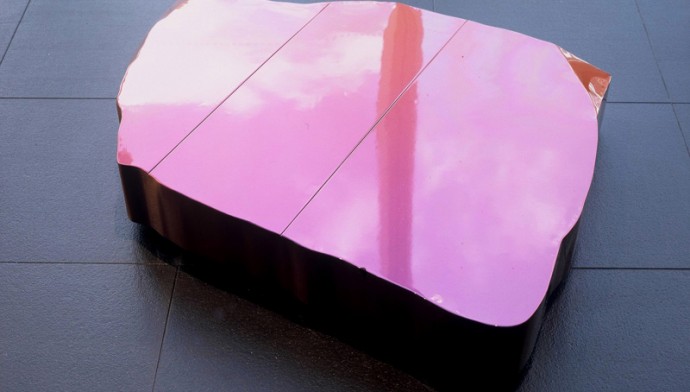 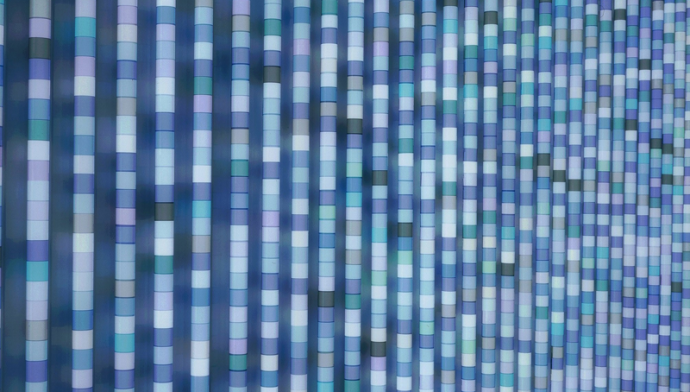 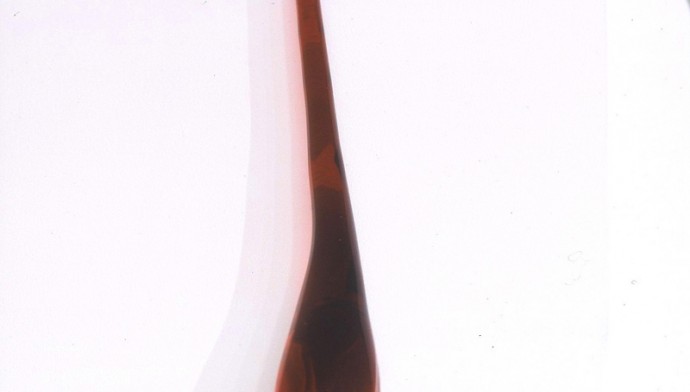