Exhibition Dates: 10th July – 19th September 2015
HERCULES : ROUGH CUT, David Blandy’s new commission for Bloomberg SPACE, explores empire, civilisation, London and language in a hypnotically rotating, mutating installation of video and voice. It is the latest work for Bloomberg SPACE in the 2015 series The Homecoming, a programme of four projects by Adam Dant, Gayle Chong Kwan, David Blandy and Melanie Manchot that explore and respond to the history and architecture of the City of London. 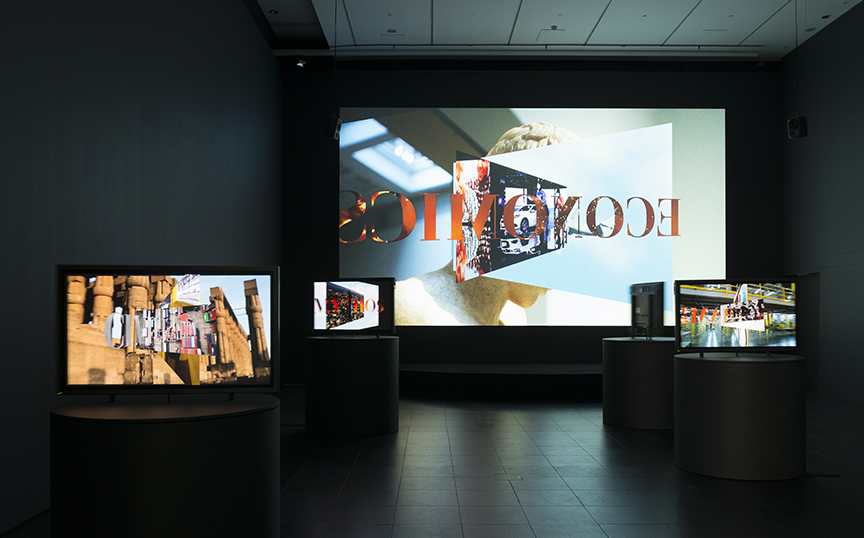 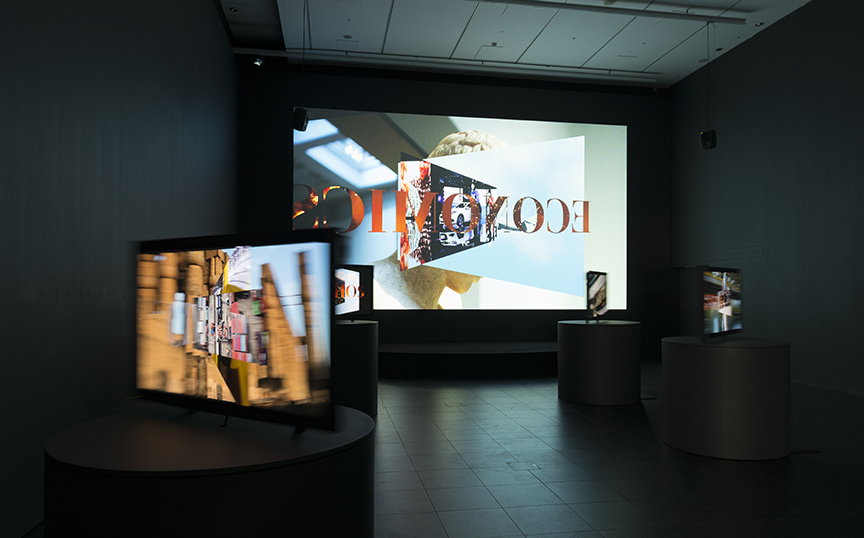 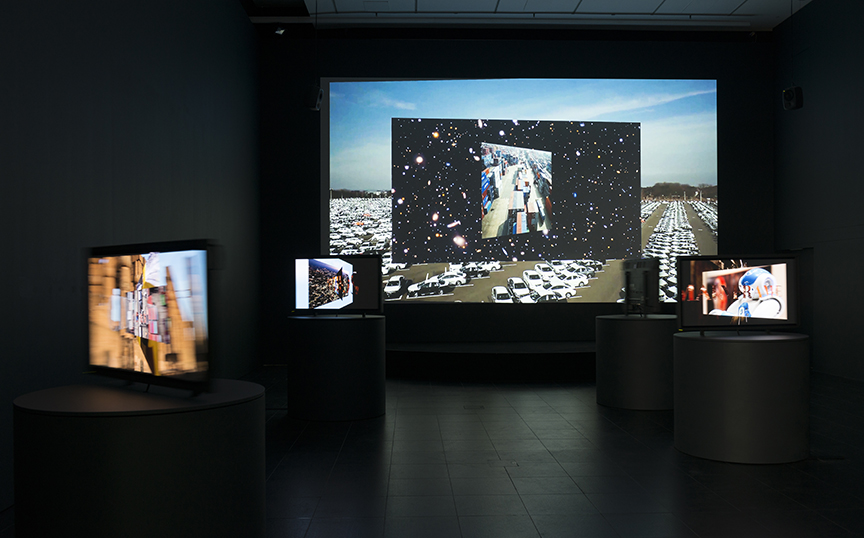 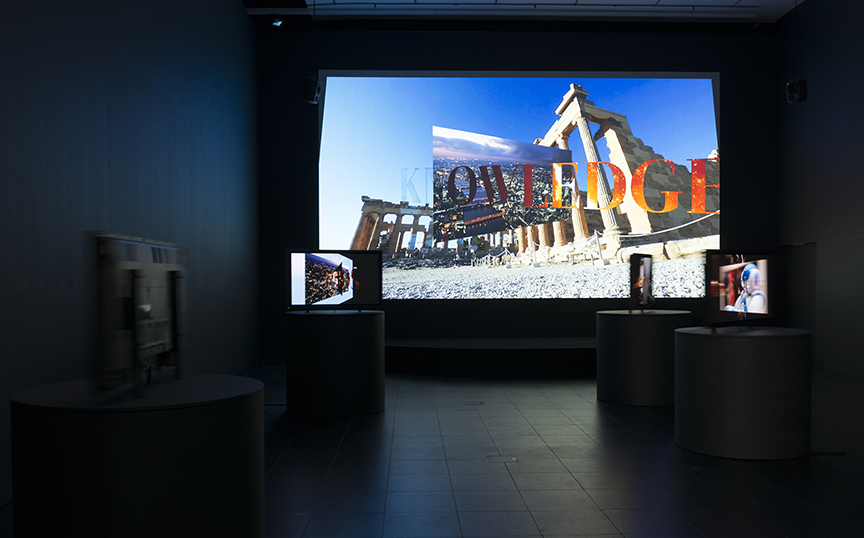 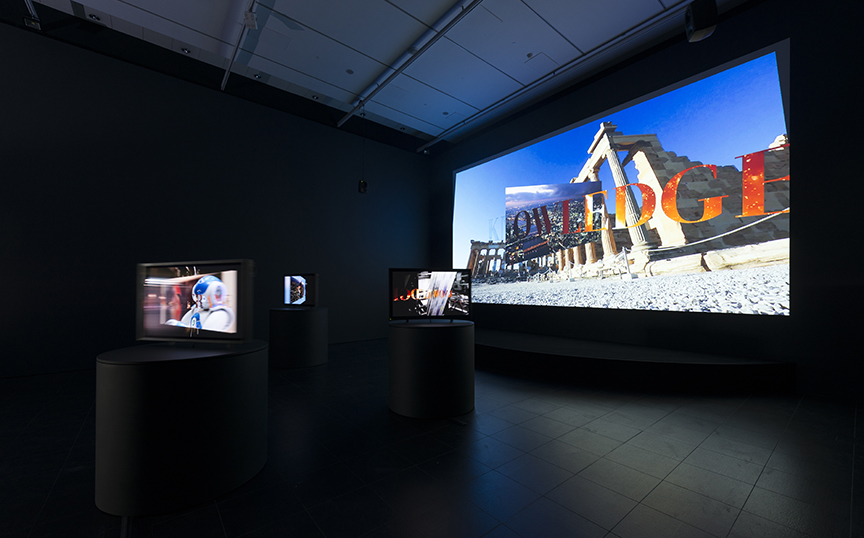 About: David Blandy
David Blandy is an artist who uses performance, video and installation to analyse our relationship with the popular culture that surrounds us, investigating what makes us who we are. Blandy has exhibited in galleries and museums internationally, including Kiasma, Helsinki; Künstlerhaus Stuttgart; Baltic, Gateshead. He is represented by Seventeen Gallery. His films are distributed through LUX.