Exhibition Dates: 8th October – 19th December 2015
In the television studio of financial data and media organisation Bloomberg, a roundtable debate is in progress. Hosted by writer and broadcaster Miranda Sawyer the debate takes place between Deyan Sudjic, Director of the Design Museum; Susanne Kuechler, Professor of Anthropology and Material Culture at University College London; and Roger Robson, Forensic Advisor and Managing Director of Forensic Access. On a conveyor belt in front of them an assortment of objects move past – plants, watering cans, a bird’s nest, string, gloves, roller skates, a vinyl record, headphones, violin strings, a circuit board, reels of yarn, thimbles, scissors, needles, buttons, an iron – the tools and materials of the gardeners, musicians and tailors who work in the nearby City of London. Under discussion is the role and significance of material culture in contemporary life, contrasting the unexpected occupations, and the hidden labour and objects of the City with the intense abstractions of Square Mile trading. 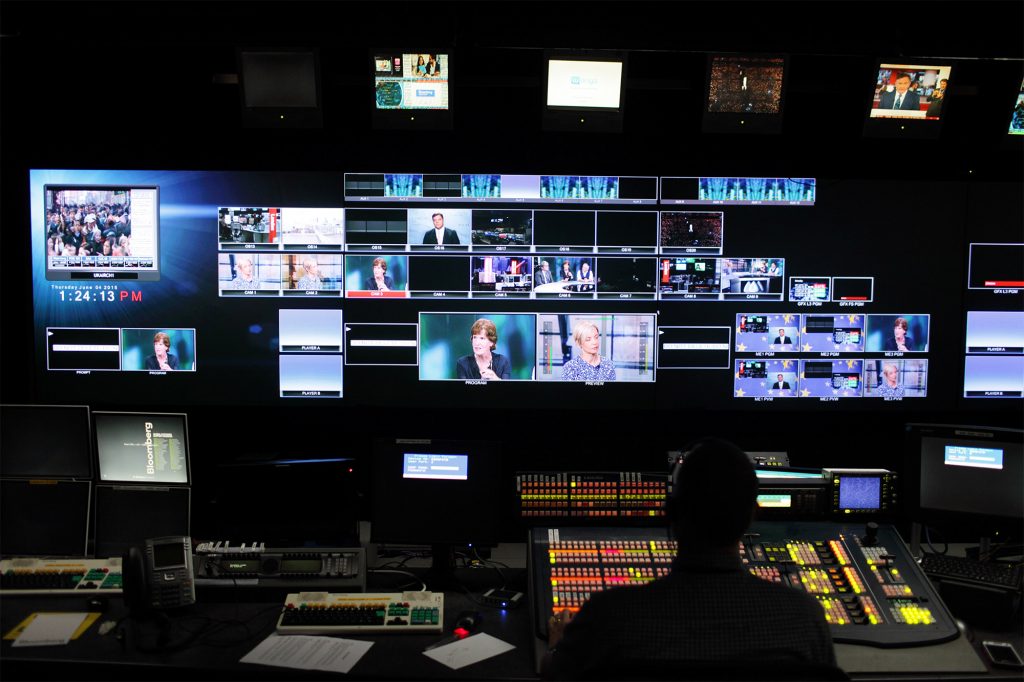 About: Melanie Manchot
Melanie Manchot is a London based visual artist who works with photography, ﬁlm, video and installation as part of a performative and participatory practice. Her projects often explore specific sites and public spaces in order to locate notions of individual and collective identities, investigating particular gestures and forms of movement or activities that become the marker of a group or community. Manchot’s work has been widely exhibited in galleries, museums and film festivals internationally including at Whitechapel Gallery and The Photographers’ Gallery, London; MOCAK Museum of Contemporary Art, Krakow; GoMA, Glasgow; and Portland Institute for Contemporary Art, Oregon. Twelve, her multi-channel video installation exploring the intimate stories, rituals, repetitions and ruptures of lives spent in addiction and recovery is currently touring the UK until 2016.