26 May to 2 July 2011
For COMMA at Bloomberg SPACE, David Lamelas has been given the entirety of the gallery to invest. On his first visit he immediately noticed the specific architectural features of the place: the large monolithic volume amplified by a large window at street level, filling the space with daylight, and the adjacent second space with a square-shaped balcony circling a vast panoptical atrium revealing the surrounding offices of Bloomberg LP.

Lamelas’s subsequent response to this space was to explore anew the seminal work that he made in 1966 at the Instituto di Tella in Buenos Aires, titled Connection of three spaces, aka Extension of a limited spatial volume. This piece, initially proposed in response to the specific context of the space, revealed the influence that architecture could exert on a work of art. Here at Bloomberg SPACE, Lamelas is particularly interested in the existence of two radically different possibilities for experiencing the work: visitors to the gallery will most probably have only a single encounter with the work whereas employees at Bloomberg will come into contact with the piece repeatedly throughout the duration of the exhibition. 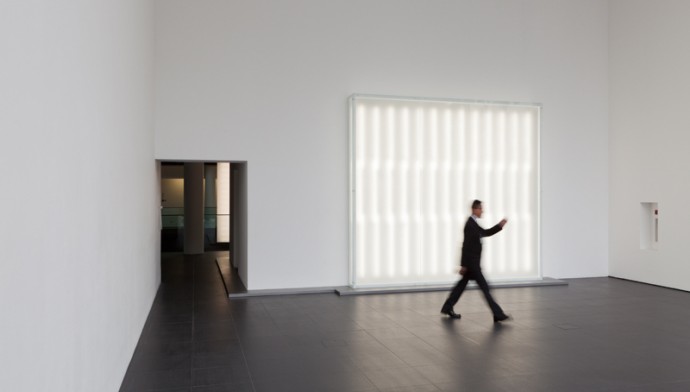 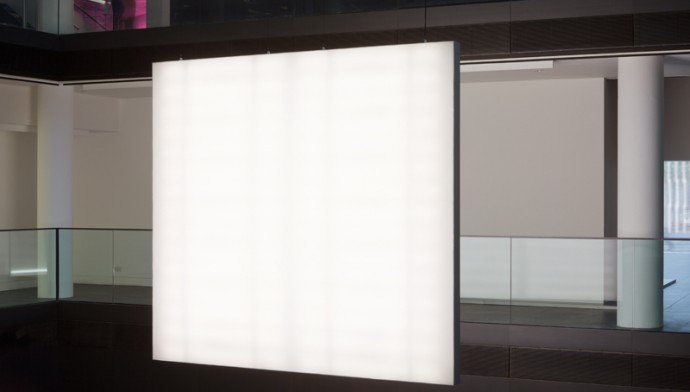 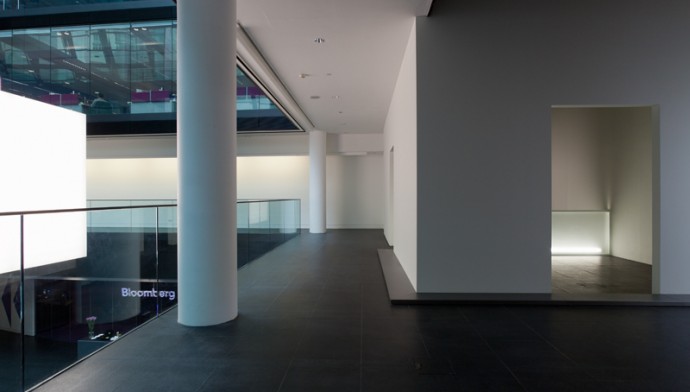 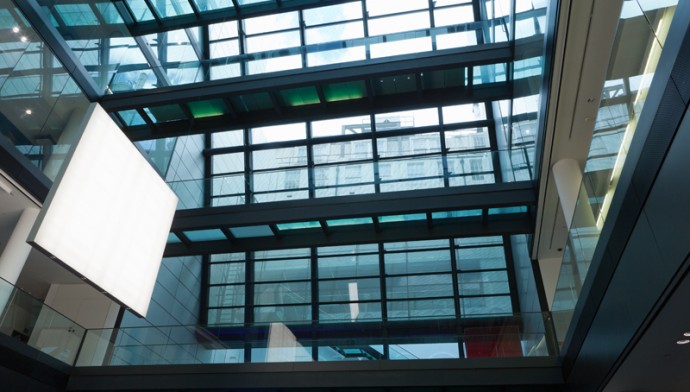