6 April to 14 May 2011
The Brazilian artist Marcellvs L. creates a tangible physical staging of time and slows it down in a very particular manner. Marcellvs sets the most commonplace objects in a state of perpetual duration, and all is seemingly detached from reality. The subjects he films–whether from very far away or extremely close–cease to be subjects and become constant beats in the continuity of general existence. His approach underscores the process, event-oriented, nature of films; nothing happens in these works, which carry a radically anti-narrative structure.

Marcellvs forges on with the aesthetic of raw visual material, asserting, through the pixels and electrons that remain visible, that their status is incidental and unfinished. The only actual event, however, is the extension of time, where duration becomes the real protagonist. The physicality produced by the sound and rhythm of the films makes the videos into passages for the viewer; the films turn into spaces of transit for the confrontation of possibility.

Marcellvs choreographs two audiovisual works and one sound piece for his COMMA commission at Bloomberg SPACE. Appearing in a darkened gallery with a window open to conserve the architectural features, Marcellvs’s video projection of a very closely filmed bright fishing net being wound in and film of people far, far away in the distance, carries a breaking, lighting relation to sound, which is much more palpable than the shifting relation to subject brought through sight. The sound, a mixed resonance of strings, waves, and muffled boat engines, was in fact recorded on a boat transporting a grand piano across the Venice lagoon. Two contact and two omnidirectional microphones were positioned on the sound board of the grand piano, and the sound of the lagoons is filtered by the acoustic properties of the piano. 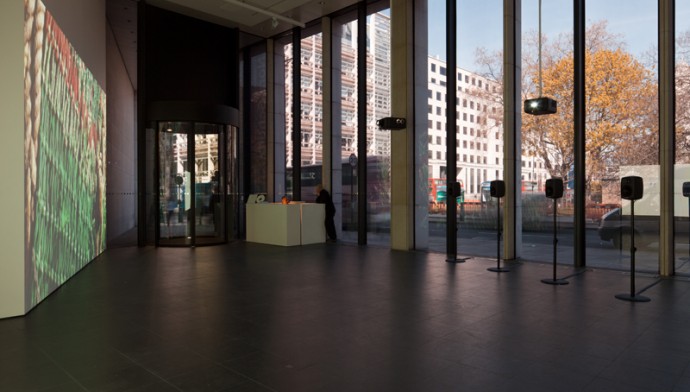 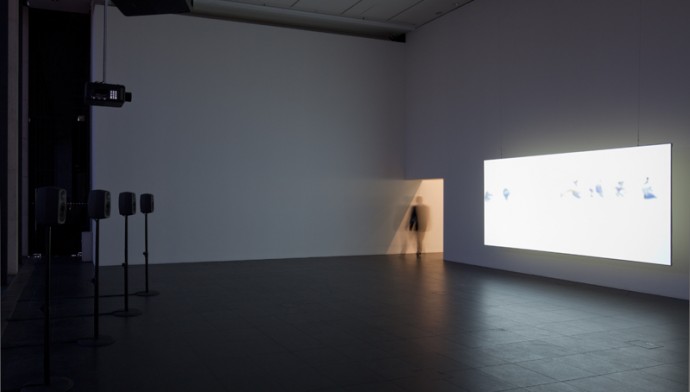 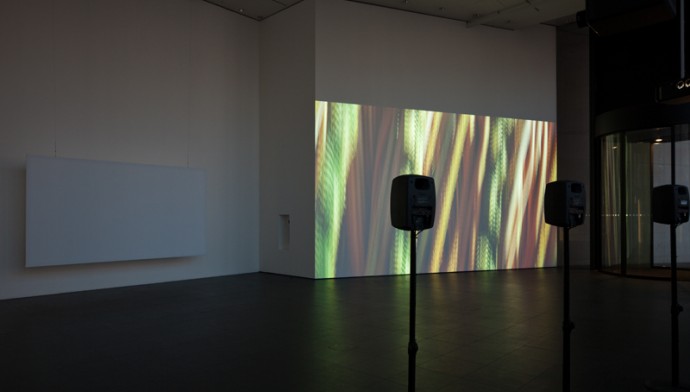 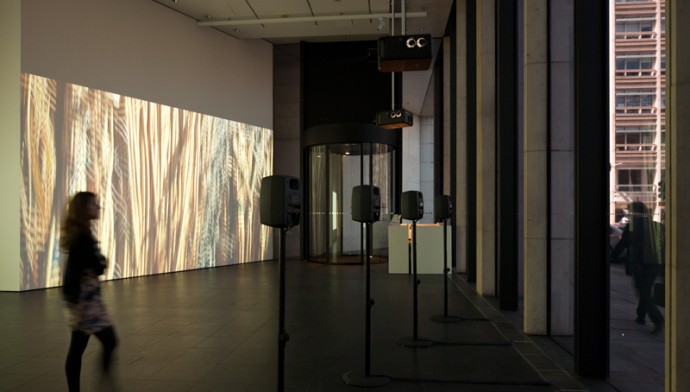 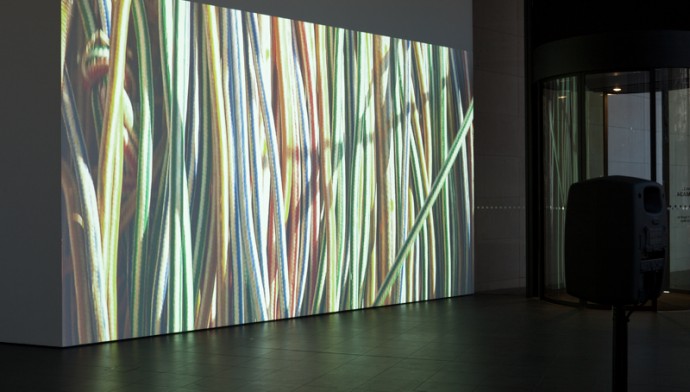 About COMMA:Launched in March 2009, COMMA is a dynamic new series of commissions enabling artists to experiment and expand their practice in relation to Bloomberg SPACE and its communities. Over thirty of today’s most outstanding emerging and established international artists will be invited to create new work, installations and architectural interventions in a fast paced succession of exhibitions. The program is curated by David Risley, Graham Gussin, Stephen Hepworth, Sacha Craddock and Vanessa Desclaux.