Fade in / Fade out

Exhibition Dates: 15 October – 29 November 2008
Fade In / Fade Out brought together four distinct works which deal with time and information and share common ground in relation to sound, light and event. Each of the works, by four different artists, employed physical space and temporal scale to expand a sense of time, place and expectation. Characterised by their dramatic visual impact coupled with the use of sound or light the four pieces worked together to create a continuous performance for the viewer as they passed through the gallery.

Kris Martin’s black ‘trainstation departure board’ Mandi III (2003) without its crucial element of information becomes an abstract animated object. The announcements have been removed, or were never fed into the mechanism, yet the work is active, its revolving letter tags create a mesmerising whisper, but tell us nothing. Placed in the centre of the towering atrium, Cerith Wyn Evans’ luxurious, multi-coloured Italian Murano glass chandelier Astrophotography… (2006) holds its information in a different way. Its flickering light is a Morse coded message, which releases its meaning into the atmosphere of the building and, as with the sound in Martin’s piece, creates a kind of subliminal echo.

In Philippe Decrauzat’s expansive wall drawing Fade In / Fade Out (2006-08), what initially appears to be a simple black and white geometric pattern in fact holds other layers of subliminal information. Installed at Bloomberg SPACE as occupying two walls that face across from each other the work becomes a reflection of itself, opposites are established and a logic appears, but a logic that works to disorientate rather than establish anything solid. Decrauzat encourages the viewer to think about where they are located in relation to a visual field creating a sense of vertigo in the onlooker. Philippe Parreno’s white, helium filled, Speech Bubbles balloons are somehow familiar images, but their installation as a dense ceiling height cluster transforms them into a single element. The puffed up cartoon quotes encourage the simple idea of animated writing and drawing. However, left devoid of text or message, as they jostle, they occupy a space between announcement and silence. 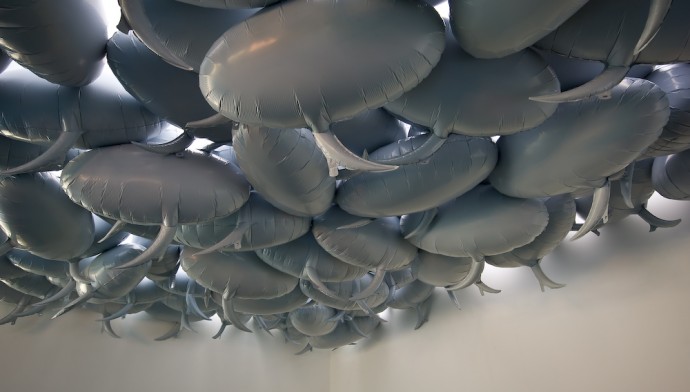 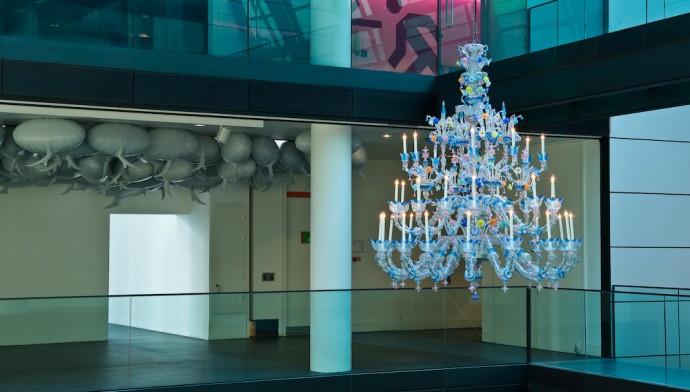 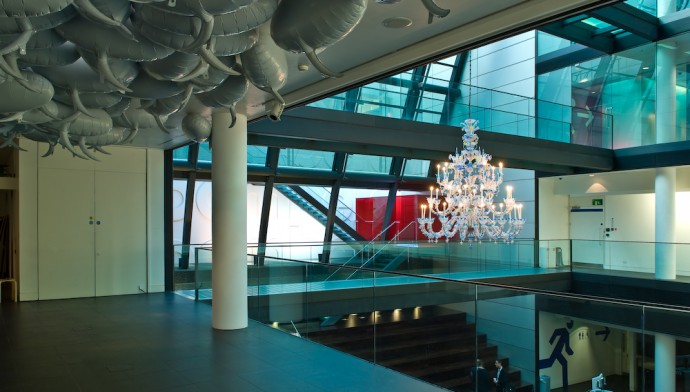 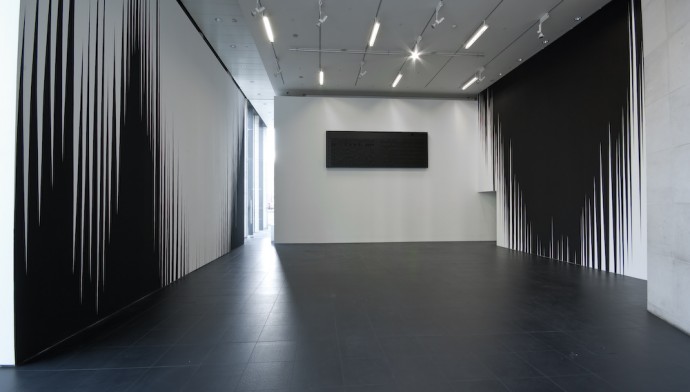