Exhibition Dates: 25 July – 21 September 2008
On the rocks was the first showing of a new body of shared sculptures by two of the UK’s leading sculptors, Bill Woodrow and Richard Deacon. Both sculptors have gained an international reputation for their independent practice whilst simultaneously experimenting together to develop collaborative works. Rarely exhibited, the shared sculptures are created together over long periods of time without a specific deadline, thereby enabling an opportunity for an open exchange of ideas and processes.

The two new series exhibited at Bloomberg SPACE were fabricated entirely from glass using a variety of techniques from moulding to hand-blown forms. Days of the week is a series of seven floor based pieces. A sheet of glass transects each of the works horizontally becoming a film or surface on which things float or glide and beneath which things melt or coagulate. In the cavernous front gallery, the low lying works floated as if stranded within a lagoon, exaggerating their sense of landscape, horizon and place. Strange still life-like ensembles of shiny objects and cast glass mammoths were positioned on the horizontal sheets. The titles of these sculptures also play a co-ordinating role. Naming them after the seven days of the week gives them a matter of fact lack of expressivity, whilst also suggesting that they share the same time and belong to a body of work and a family of forms that is structured in a linear and sequential manner.

In the rear gallery the artists installed a series of Bouteilles de sorciere (Witches Bottles) which clung precariously in individual sealed boxes to the sides of the balustrade in seeming defiance of the vertiginous atrium that towered above and below them. Inspired by a tiny corked silvered bottle from the Pitt Rivers Museum in Oxford the pieces embody ideas of magic. 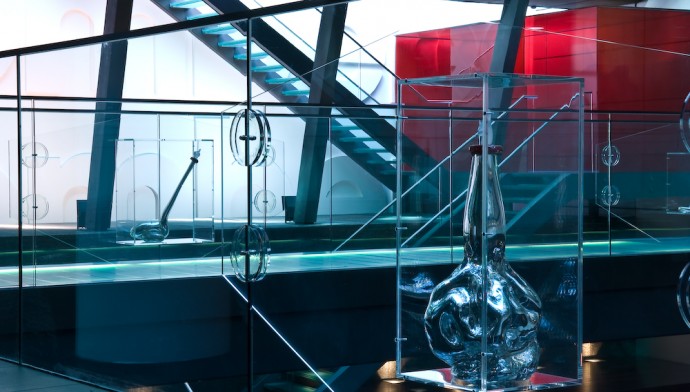 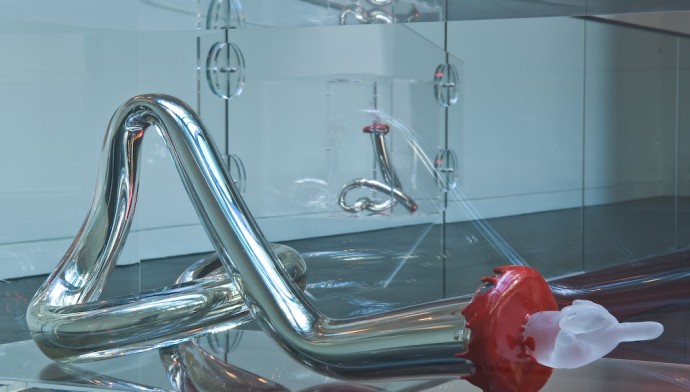 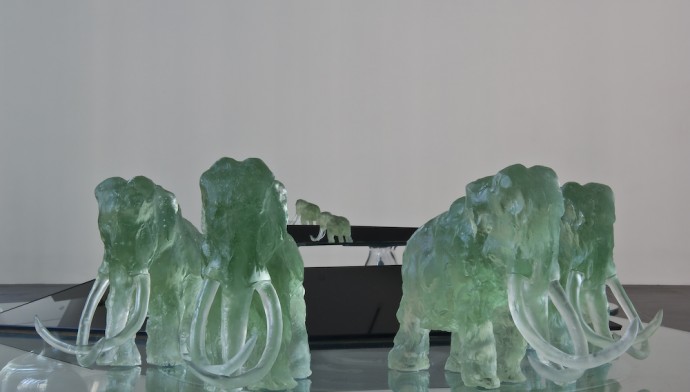 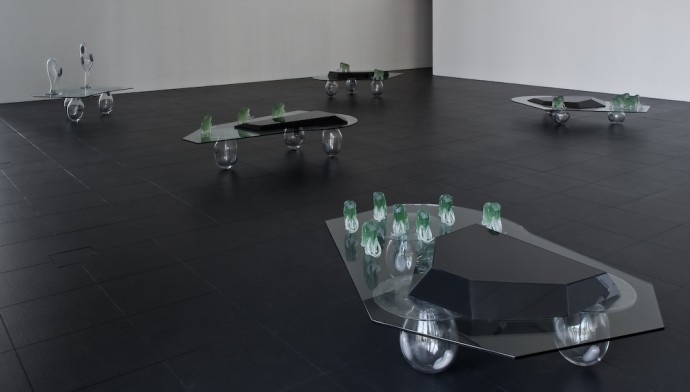 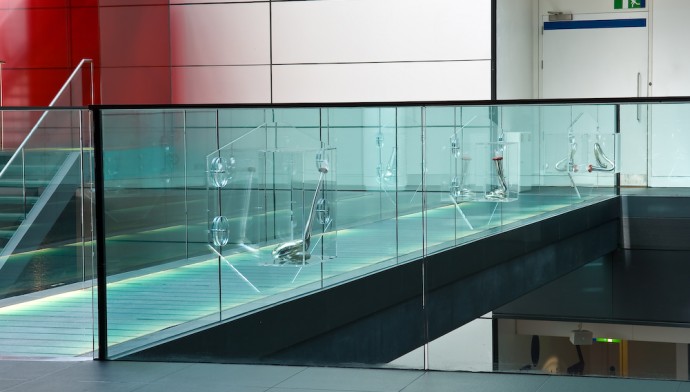