Exhibition Dates: 30 May – 12 July 2008
The Fall: Stefan Brüggemann and Dr Atl presented an extensive series of newly commissioned Obliteration Paintings by Stefan Brüggemann, one of Mexico’s foremost contemporary artists, in response to signature volcanic eruption paintings by the internationally renowned painter Dr Atl. Celebrated as the father of the Mexican Muralists, Dr Atl is an iconic figure in Mexican arts and politics who was on both the front line of the European avant-garde as well as the Mexican Revolution. Atl’s paintings of volcanoes are widely regarded as nationalist icons since his death in 1963.

For the exhibition Brüggemann created a new series of Obliteration Paintings in situ in the gallery in response to three Dr Atl works which were placed centre stage. Brüggemann worked at characteristic fast pace to orchestrate the installation as he developed the individual works. Traces of digital prints partially hidden can be glimpsed below the obliterated surface of each of the paintings.

In the rear gallery Brüggemann placed a recording of cult rock band The Fall playing their song Blindness mute across multiple flat screens. As with the abstract paintings which obscure or smother our vision the video piece created a discussion about what is seen and what is hidden in a work. For the opening Mark E Smith’s The Fall played Blindness live, momentarily bringing sound to the silent work installed above. 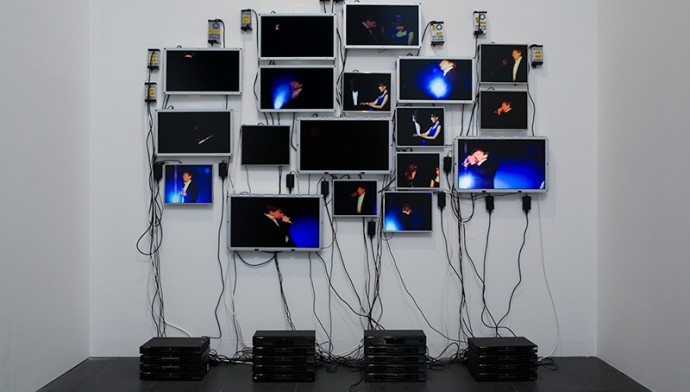 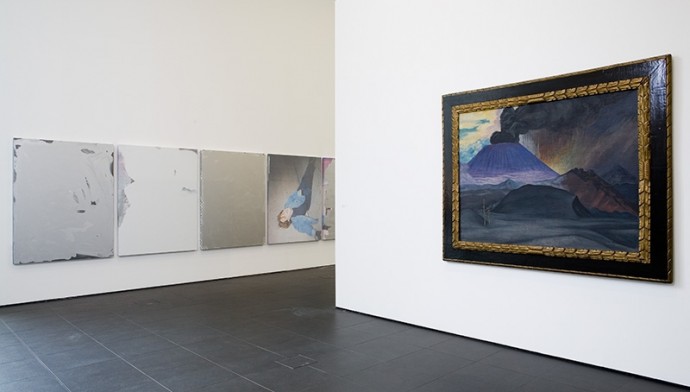 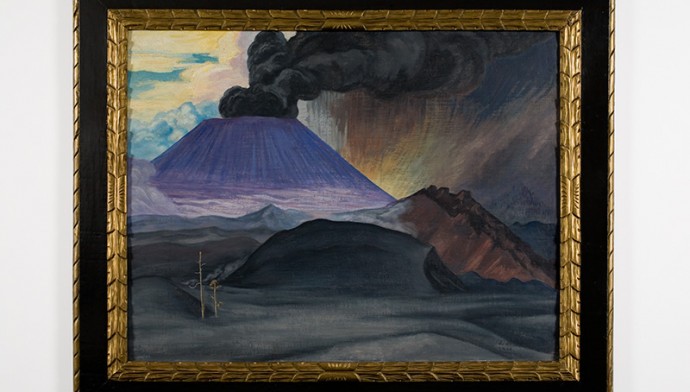