Exhibition Dates: 24th January – 22nd March, 2014
Gary Webb produces colourful and glossy works made from a plethora of industrial and prefabricated materials such as glass, Plexiglas, neon, wood, sand, cut metal, rubber, and marble. The work sometimes appears to parody modernist sculpture while frequently making reference to popular culture. Applying traditional craft techniques to man-made or organic materials he combines elements to create juxtapositions that enable materials to be spontaneously playful and poetic. In many ways the works act as an investigation into the artificial while adopting the materials of the artificial themselves, creating an inconclusive narrative characterised by the tension between surface and sincerity, seduction and rejection, creating surfaces which refuse to be read and consumed by the viewer.

For his Bloomberg SPACE exhibition, Webb will create an installation of new sculpture which draws on the formality of his past bodies of work. Mirrored palm trees will tower from the walls, while a variety of customised power tools are suspended from the ceiling, ‘fighting’ inside a series of coloured glass and mirrored boxes all set against the airbrushed kitsch background of a fictional solar system. 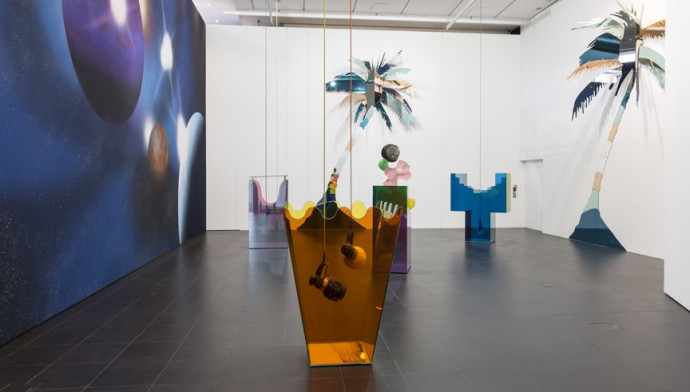 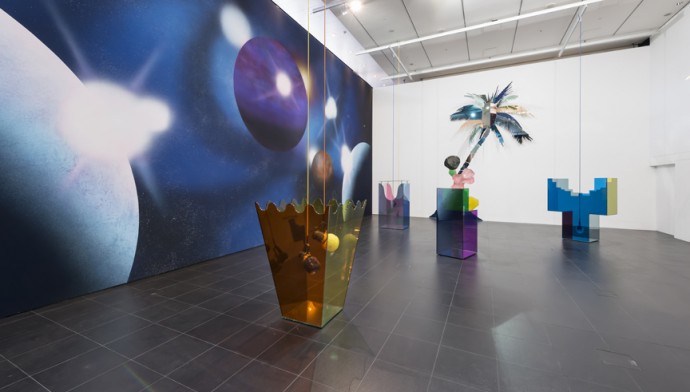 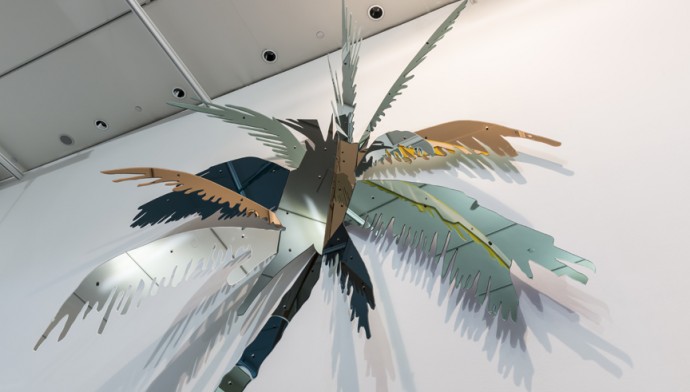 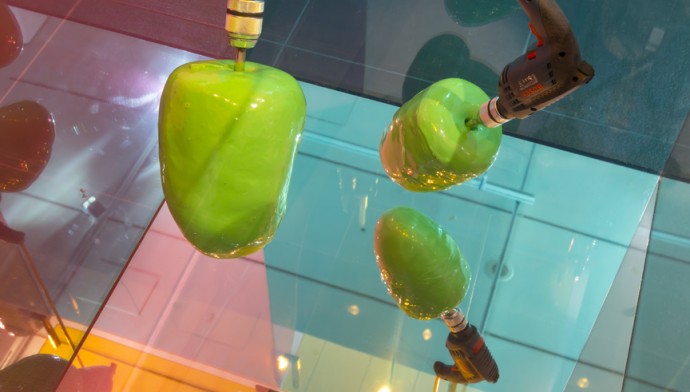 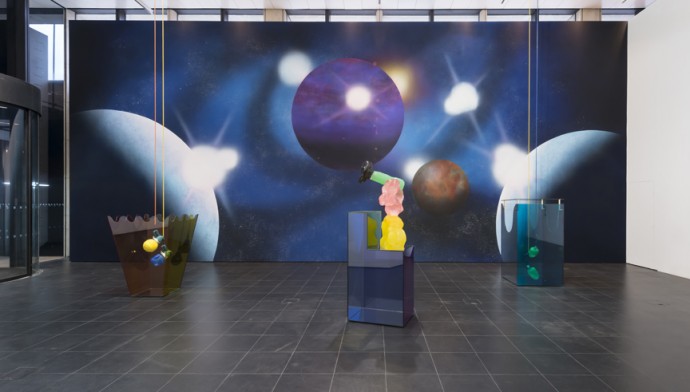 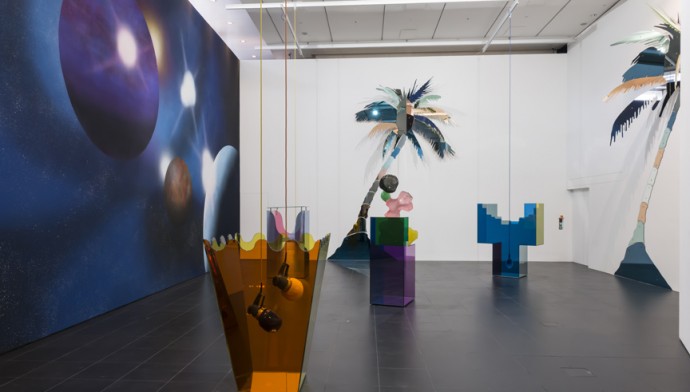 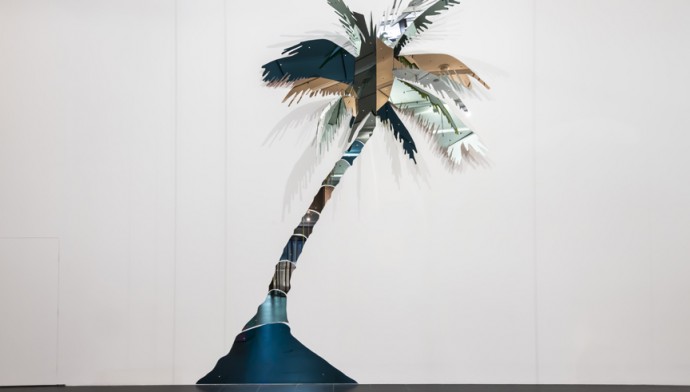 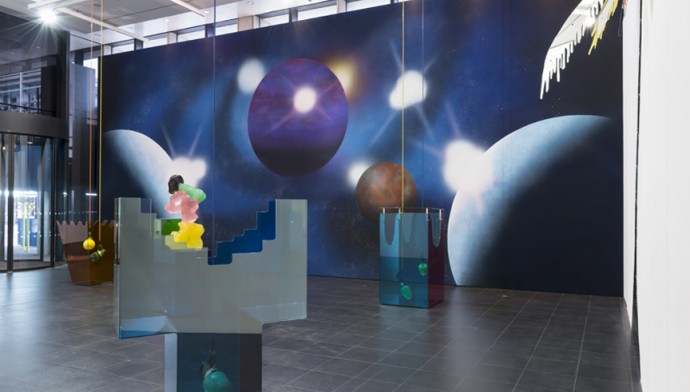 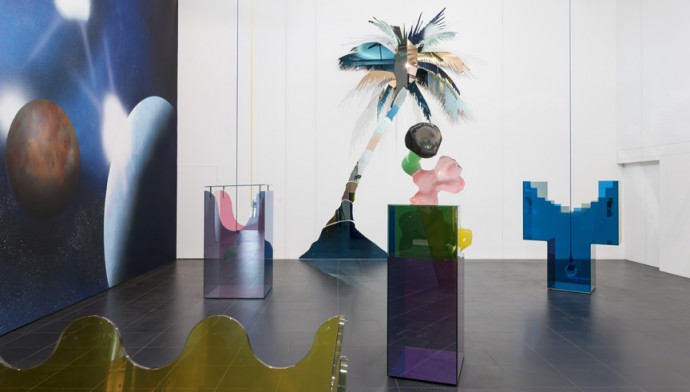 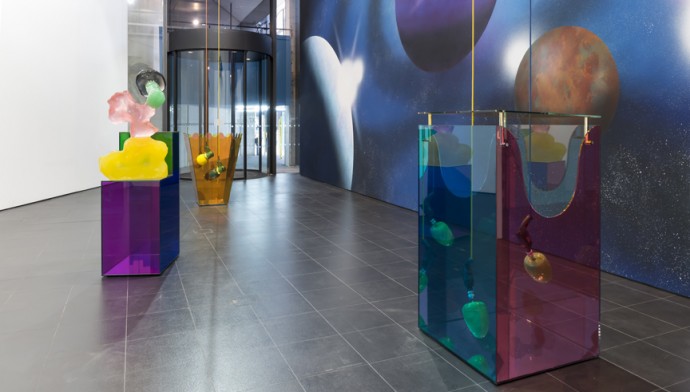 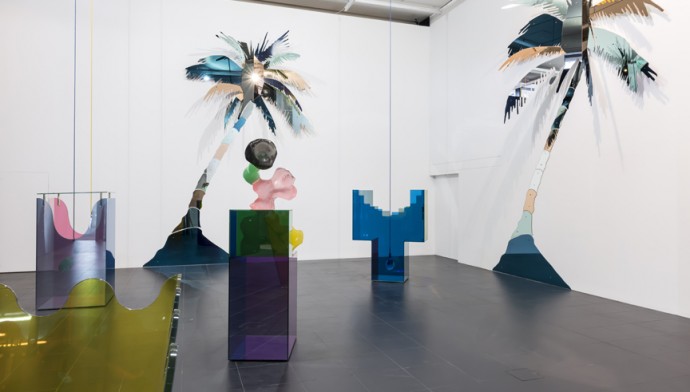 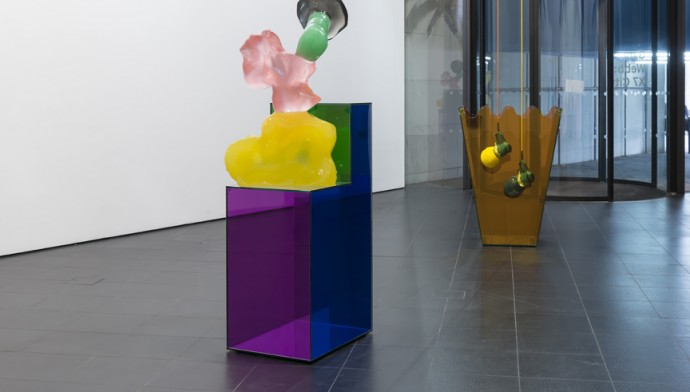 Photo Credit: Image courtesy of the artist and the Approach.