Shown on a single free standing wall Snapshot (2005) appeared as a huge moving photographic album. For the piece Wearing focused on the subject of loneliness. From a girl playing the violin to an elderly woman in a residential home, seven individual screens showed scenes in the lives of seven different women, each set in a different decade of the 20th century and all at a different stage of their lives. Each film, informed by old photographs, was accompanied by a single spoken monologue reflecting one person’s life. The images remained distinct and separate as representations of innocence, aspiration, self image and resignation.

Wearing’s work uses photography and video to explore the intimacies and complexities of everyday life. Her work borrows from familiar forms of popular culture to explore deep-seated human trauma and emotion, often adopting methods similar to television documentary for her ‘fly-on-the-wall’ view of people’s lives. Her art can be disturbing and confessional, an honest portrait of the many sides of contemporary life. 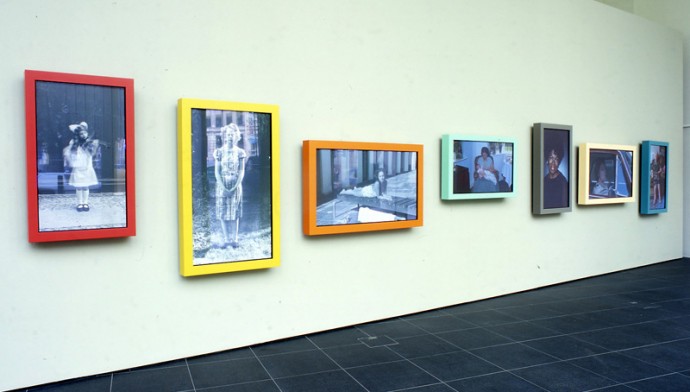 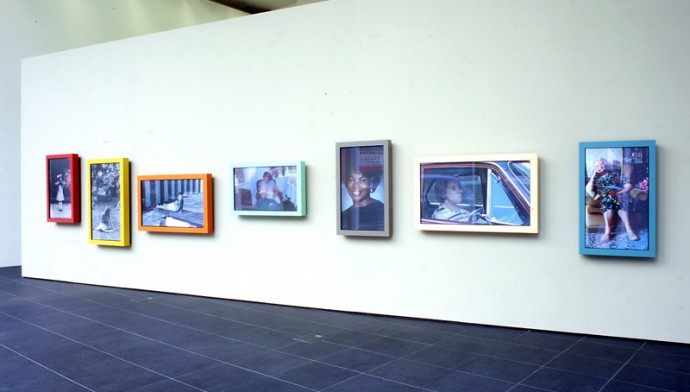