The Land of Cockaigne

Exhibition Dates: 5 – 12 December 2007
Commissioned for Bloomberg SPACE The Land of Cockaigne was the latest in a series of works by the Morisons which explored the international flower industry. Tens of thousands of individual stems were packed into towering rows of industrial trolleys filling the front gallery at Bloomberg SPACE. This formal sculpture could be viewed either from a platform above where the field of flowers created dense, gridded blocks of vivid colour, or by walking along the narrow paths where the huge mass of flowers and heady scent created an intense visceral experience. Over the duration of the show the flowers slowly bloomed to the height of their splendour, at which point visitors were invited to take the flowers and in doing so distributed them indiscriminately across London. This was conceived as a moment of conspicuous public consumption in the true spirit of the mythical land of Cockaigne – a medieval utopia where food was plentiful and the restrictions of society were defied. Although superficially intoxicating, the work unfolded to reveal more complicated implications around consumption and greed. 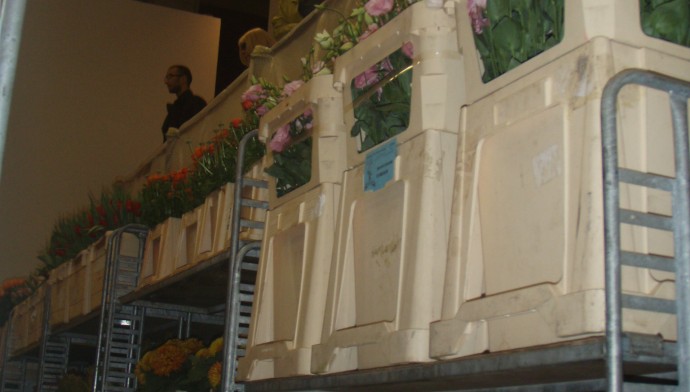 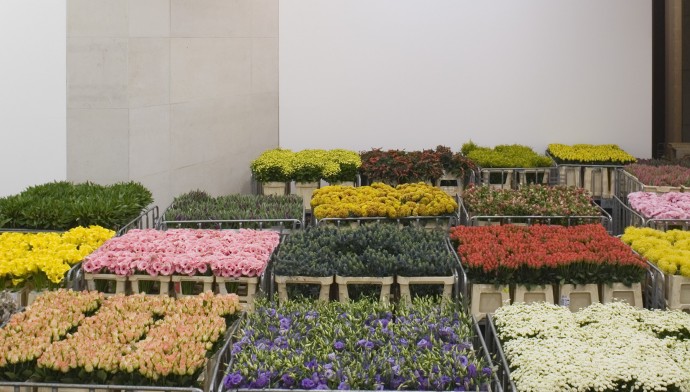