Exhibition Dates: 20th January – 22nd April, 2017
For this new commission, Florian Roithmayr has transformed the architecture of Bloomberg SPACE to present an aggregate of his research into material interactions at an unprecedented scale. Roithmayr’s gestural sculptures curl and bend over themselves as if they might envelop the viewer’s body. Poised between raw material and expressive form, these works articulate the tensions between their interior and exterior surfaces. This material precariousness produces inflections as indeterminate as the wordless prefixes that make up the exhibition title – ir re par sur. 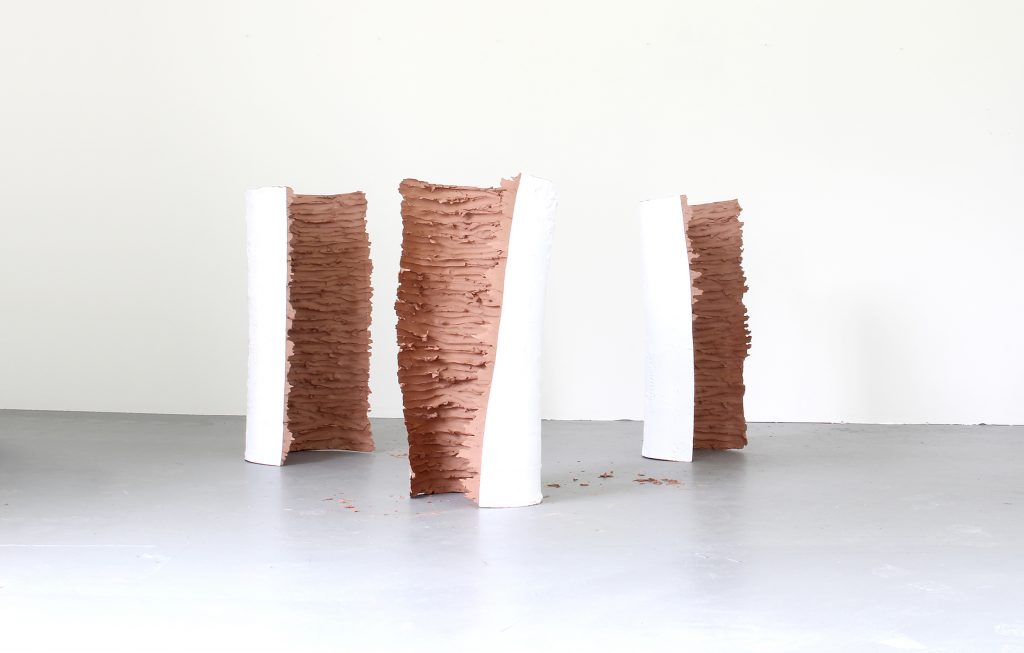