Exhibition Dates: 27 May – 26 June 2010
For COMMA, Jedediah Caesar was commissioned to create two new works. On entering the rear gallery visitors were presented with one of his characteristic cut-resin multi-panelled wall sculptures. Since 2003, Caesar has been engaged in making sculptural installations made from a unique amalgamation of clear or coloured resin, found objects and detritus. The resulting blocks are then cut to reveal a sequence of often legible petrified matter.

For his COMMA commission Caesar moved away from his previous stacked arrangement of rectangular blocks to experiment with a sculpture created from a cast within a large wicker basket. Resembling slices of geodes, he placed these rounded cut-resin blocks in diminishing rows directly against the wall in the rear gallery. Scanning across the wall, the viewer could follow the embedded objects from one cross-sectioned tile to the next as if reading the frames in a film. Similar to the animated shifts between film stills, the pattern of these panels appeared to repeat, but each one deviated subtly from the next.

In response to the particular architecture of the rear gallery at Bloomberg SPACE Caesar also created a series of casts installed along, and restricting access to, the balcony space. At an external location in London, Caesar excavated and cast a series of shallow pits to echo the exact dimensions of the balcony gallery. The resulting inverted particle-encrusted relief sculptures could be viewed from several vantage points both in the gallery and from the glass walled-offices above, creating a multiplicity of readings of the work as a horizon, a glyph and an architectural intervention. Caesar’s work recalls Minimalism’s interest in the methods of industry, yet demonstrates a particular relationship to his surroundings, incorporating materials from the outside world into his sculptures, which in turn become an exploded object and a recording of a particular space. 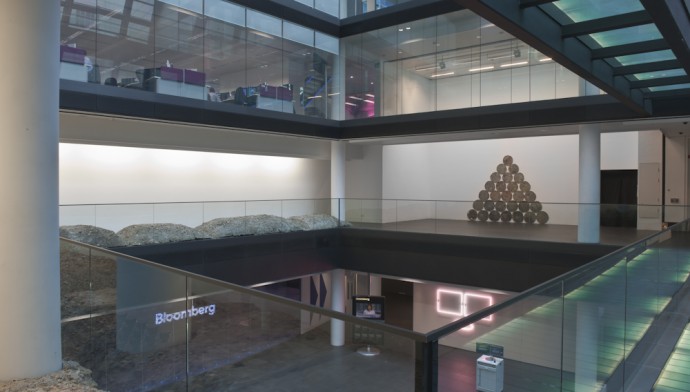 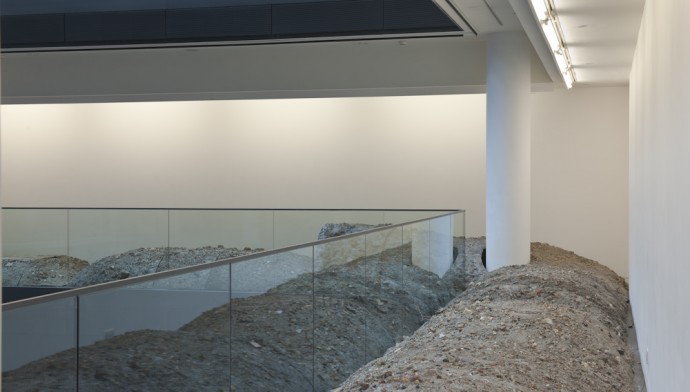 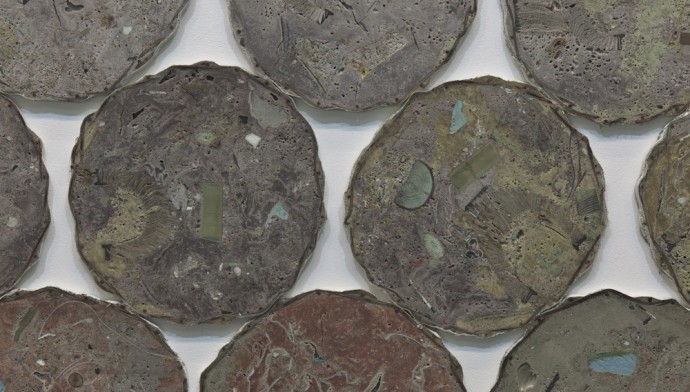