Exhibition Dates: 15 July – 14 August 2010
Established photographer Boyd Webb, widely considered as a pioneer of the constructed photographic image, was commissioned to create a pair of large-scale images in response to the voluminous front gallery. Easily viewed from the street the two new huge photographic works pasted flat against the gallery walls created a connection linking the interior of the gallery to the public square beyond. For COMMA, Webb chose not to create fantastical tableaux, but rather to focus his lens on two separate bizarre yet mesmerizing images. The first piece enlarges to an enormous scale a craft model of a sheep. The original hand made object – wrongly proportioned, without a mouth yet complete with horns – appears as a gigantic genetic mutation. On an adjacent wall Webb presented what at first appears as a sticky, visceral, organic asteroid, but which on closer inspection reveals itself as the accumulated sleep from the eye of a dog blown up to gigantic scale. This small ball of excretion operates almost as a computer ZIP file containing all the imagery that has been seen by the animal compressed into matter. 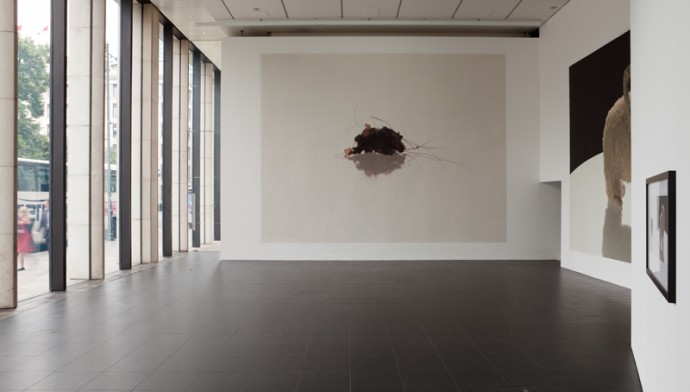 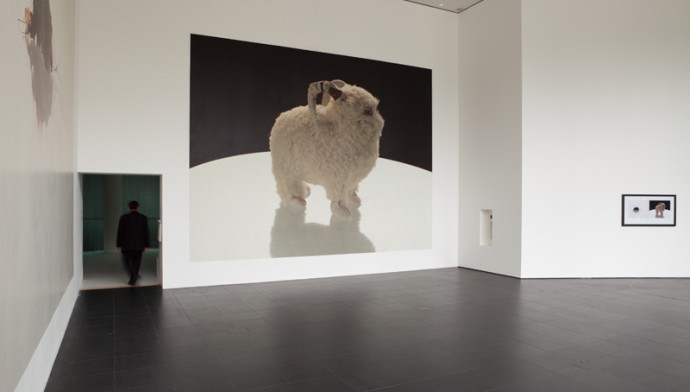 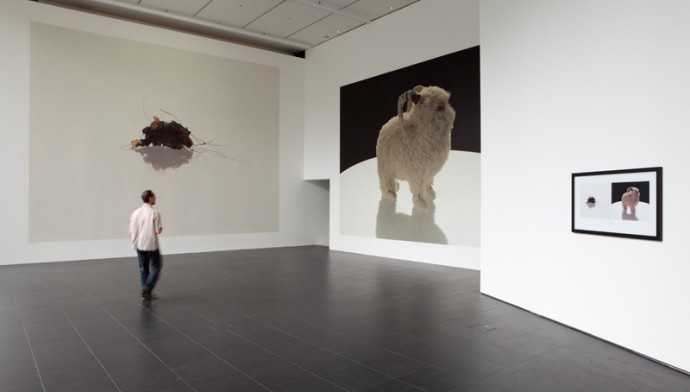 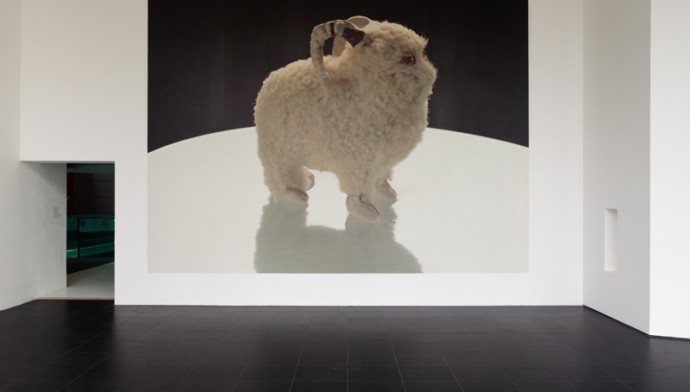