Exhibition Dates: 15 July – 14 August 2010
Suchan Kinoshita is known for her installations and objects which create ‘situations’ in which the viewer is given an active role. Her work engages visitors with objects and architecture, subtly directing their movements through space and involving them physically and emotionally in her all-encompassing staged environments. For COMMA, Kinoshita transformed the rear gallery into one of her theatrical sets. The usual surface of the gallery disappeared under a new covering of yellow peg board, whilst the balcony was draped with a series of floating projection screens for her short videos documenting a number of performances realised in the offices of Bloomberg LP. In these performances, Bloomberg employees became the performers of Kinoshita’s singular musical instrument. Each performer sat in the centre of a platform which slowly rotated passing a number of music stands on to which the artist wrote words in chalk. The performers were asked to improvise in response to these changing words thereby creating stories, songs, inner monologues, or imaginary dialogues. Typically Kinoshita is interested in exposing the processes that she follows to produce her pieces. Displayed in the gallery the rotating platform became an immobile prop within the staged intimacy of the space of the balcony, lit with several small disco balls. In this metamorphosed atmosphere, Kinoshita then allowed visitors to invent their own narratives. 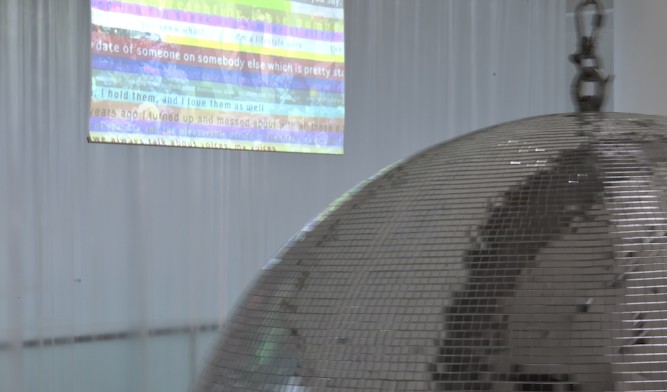 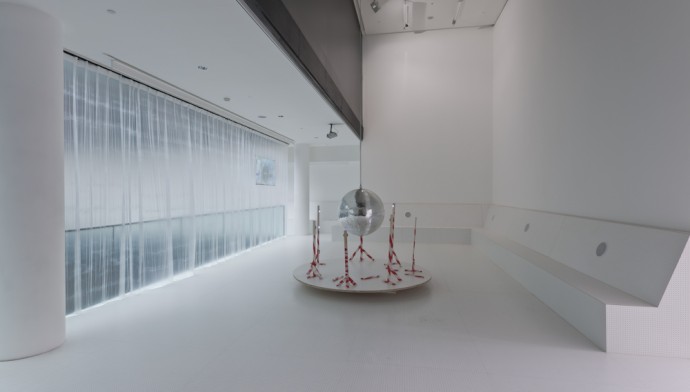 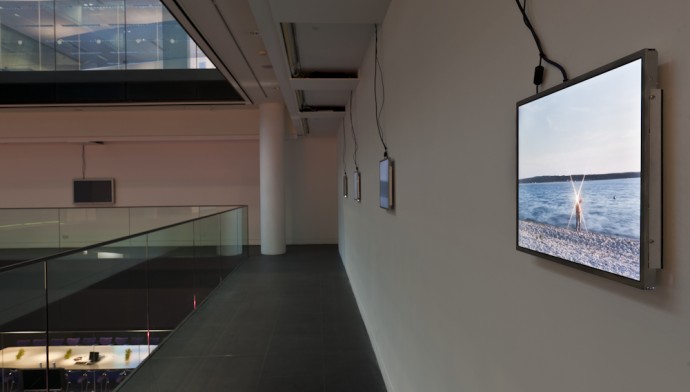 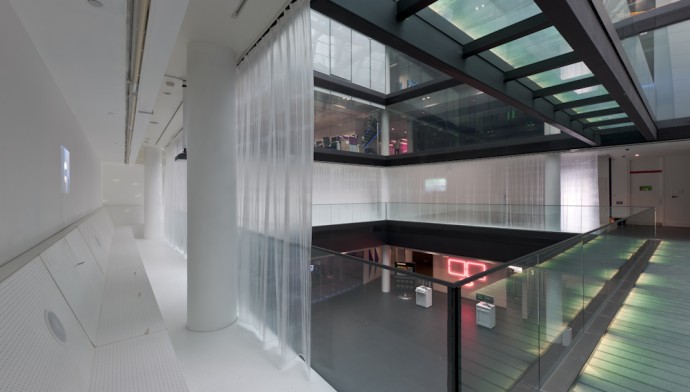