This large, interactive, musical laser installation is composed of musical ‘trees’ made of steel rods and lasers which visitors can physically tap, shake, and pluck. Interacting with the trees causes them to swing and oscillate, creating vibrating patterns of light and sound. Each tree is tuned to a specific tone, creating harmonious sounds spatialised and played in surround sound. Forest is controlled by custom-built software made in openFrameworks and SuperCollider. The installation’s ‘trees’ are constructed of a baseplate, steel tube coated in silicon, and brass tip which houses the laser module. Each tree contains a micro-controller that reads an accelerometer at the tip of the spring and controls power to the laser diode. Accelerometer readings are sent to the custom app, which in turn determines which laser trees have been hit. The app then triggers and spatializes the surround sounds through a SuperCollider script. Forest can be freely explored by adults and children alike and is open free to the public.

Bloomberg is delighted to sponsor ‘Digital Revolution’ at the Barbican this summer, an immersive exhibition of art, design, film, music and videogames from 3 July to 14 September 2014. This dynamic and cross-platform exhibition will provide a unique opportunity for artists and designers from across the globe to showcase state of the art technology. It will also inspire new audiences, who will engage online, in the SPACE gallery and in public spaces across the Barbican. 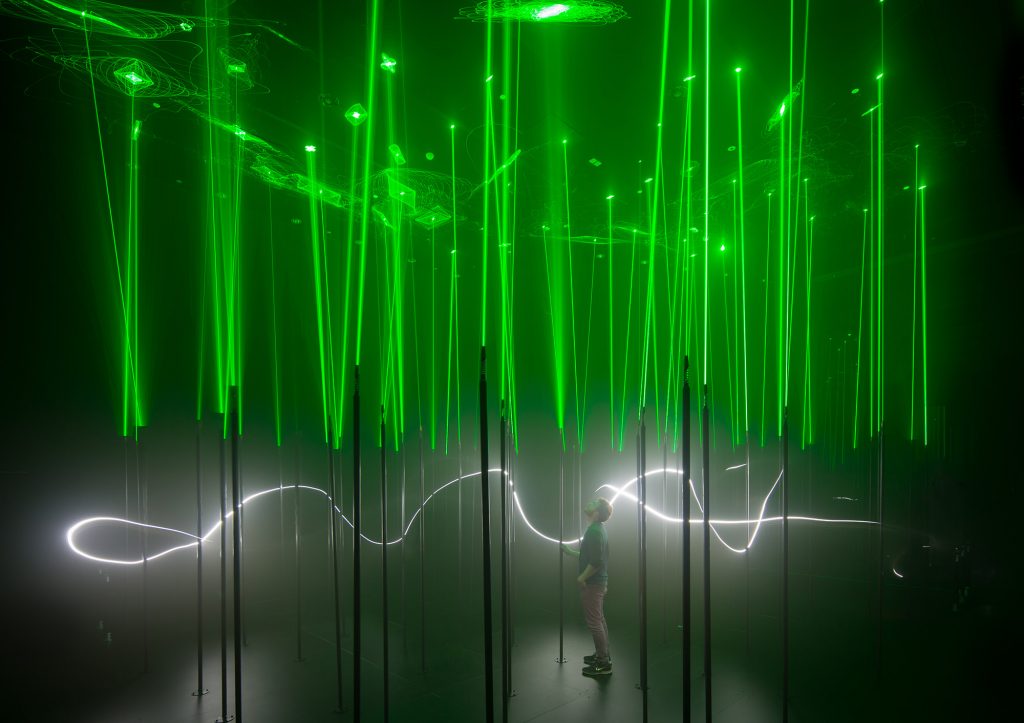 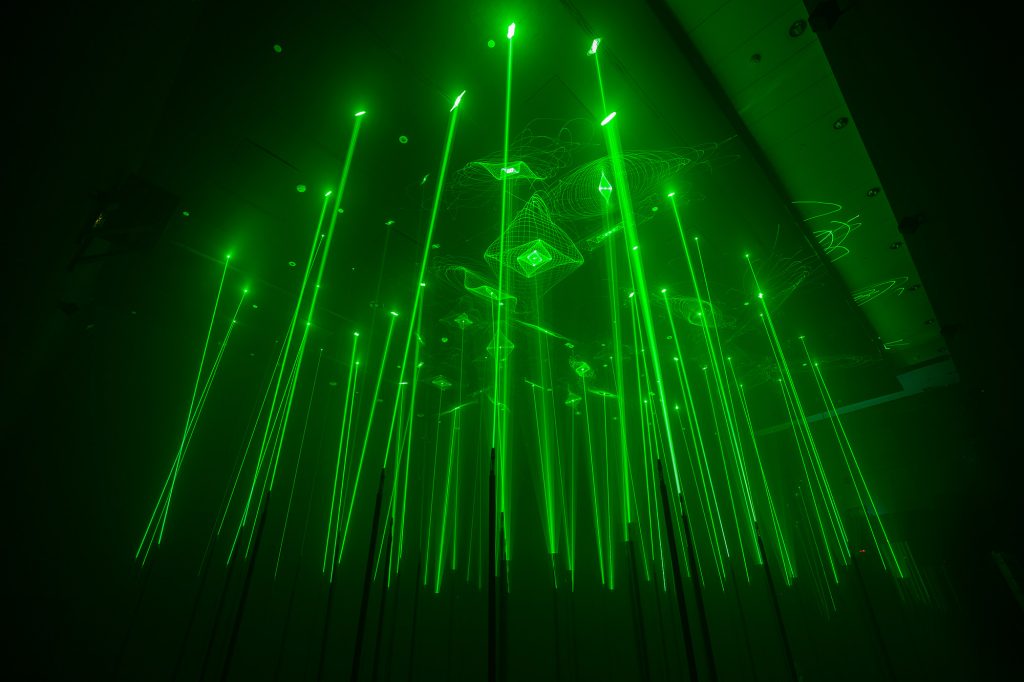 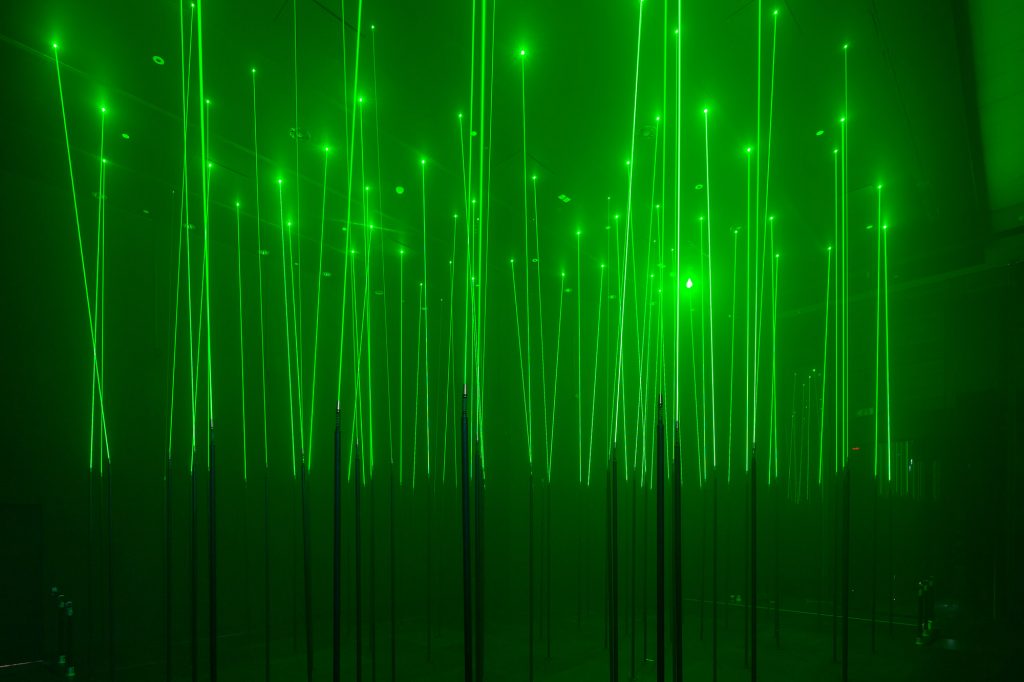 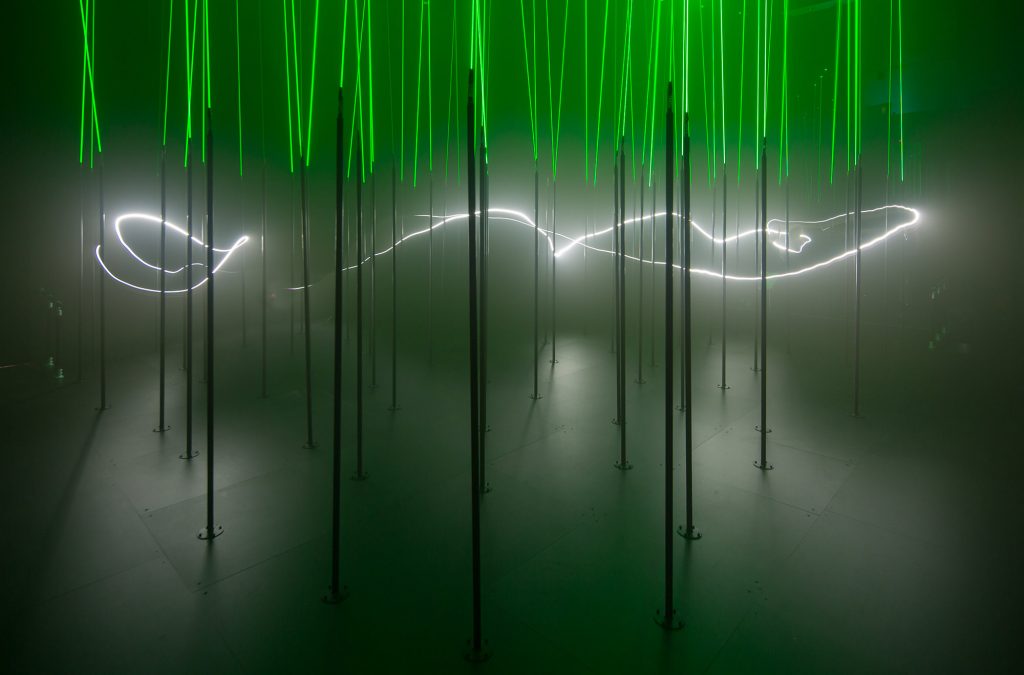 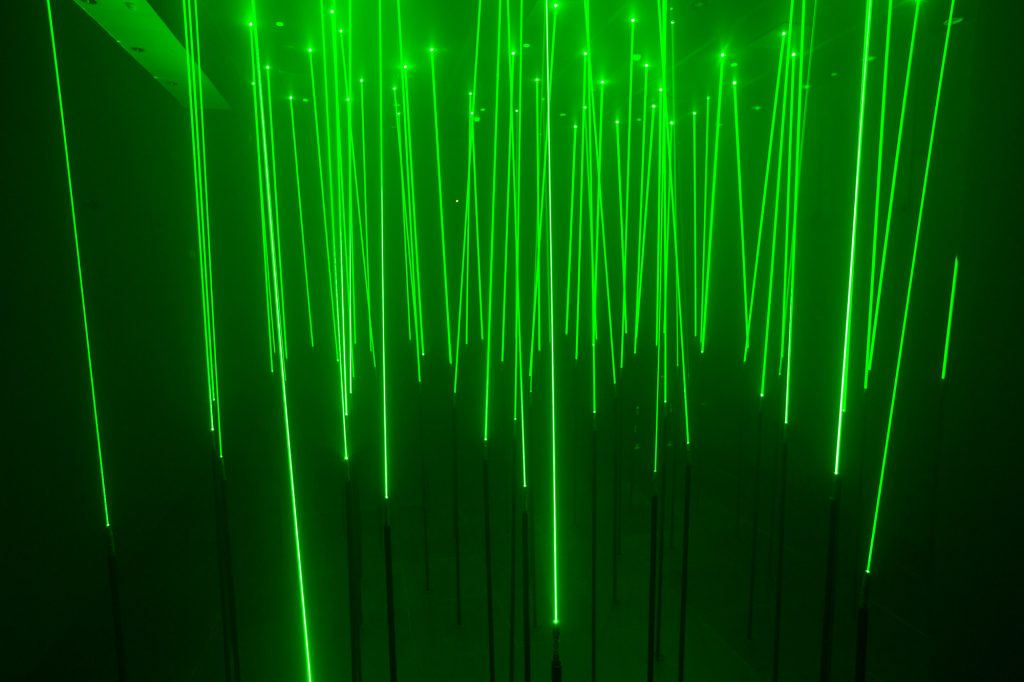 About: Marshmallow Laser Feast
Marshmallow Laser Feast (MLF) is a London-based studio which creates artworks and experiences to immerse and amaze audiences in unexpected ways. Their multidisciplinary approach employs a wealth of creative disciplines from real-time CG & projection, to interactive performance, sculpture, installation and film. MLF’s creative process is about finding the place at which the emotional or human element of an artwork naturalises a high tech experience. Inspired by emerging technologies – digital and otherwise – their aim is to create experiences that push creative and technical boundaries. MLF often work in collaboration with other artists or artistic disciplines and their work has been shown worldwide including the Camden Roundhouse, London, The Tribeca Film Festival, New York, Strp Festival, Eindhoven and Cannes Palais.