Exhibition Dates: 1 February – 15 March 2003
Our Mutual Friend featured an unusual combination of work that explored the notion of the building as host. For this exhibition, Bloomberg SPACE and its infrastructures became a body from which material, energy and ideas could be drawn, with the resultant works manifesting in radically different forms. Mutualism is another name for symbiosis, a relationship of dependence, where two or more things may grow together. These elements, entities or organisms, which might at first depend on each other, can also ultimately threaten, corrupt or even dissolve each other.

Some works relied on the structure of the building itself to give them space and form. The Adjuster (2003), a new commission by Gaia Alessi & Richard Bradbury, shifted the angle of 4 columns within the space, to suggest some kind of structural crisis. A mass of green slime placed in the gallery by Martin Walde spilt across the space, while Michel Blazy contaminated the walls. German artist Jáchym Fleig was commissioned to make a new work, consisting of large sculptural constructions, which appeared to grow of their own accord both outside and inside the building. By cutting out part of the gallery wall, Damián Ortega obtained materials to form a sculpture, which was not just evidence of process but rather encouraged ideas of fantasy and potential.

Germaine Koh’s Prayers (1999) took data from a computer screen and translated it into Morse code, released outside as smoke signals. Similarly Ange Leccia’s Baiser (1986) brought together 2 high-powered spotlights, positioned face to face in a continually powered illumination, drawing from the electricity supply of the building, day and night. Mathieu Briand’s DJ booth provided a space and opportunity for the audience to mix music, which seeped into the fabric of an active working place. Jenny Holzer’s Erlauf (1995), an LED message board commonly associated with a corporate or financial announcement, became a carrier for a message of a different nature, confusing the relationship between the office and its occupants, while General Idea’s giant floating pills, Pharma©opia (1992) enabled the audience to re-imagine the atrium as the interior of a body in which they were held. 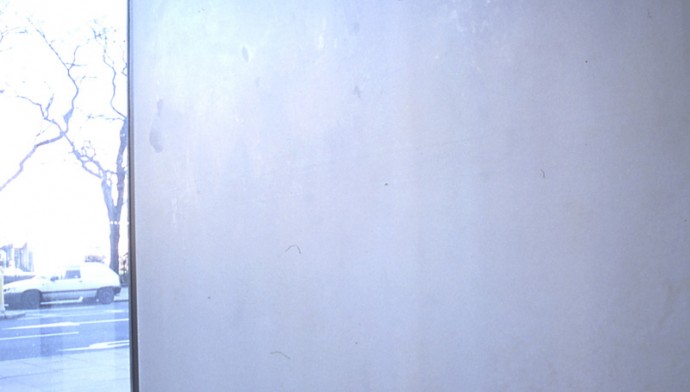 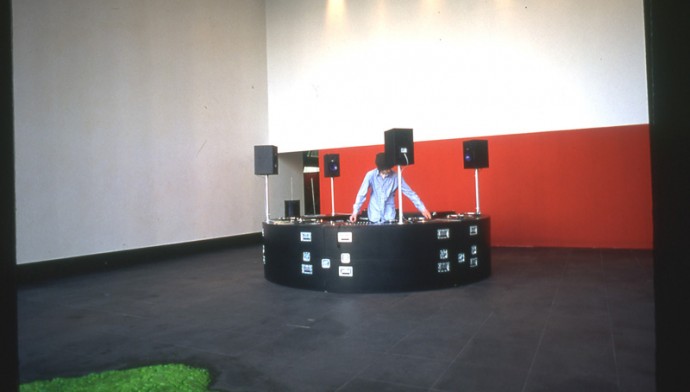 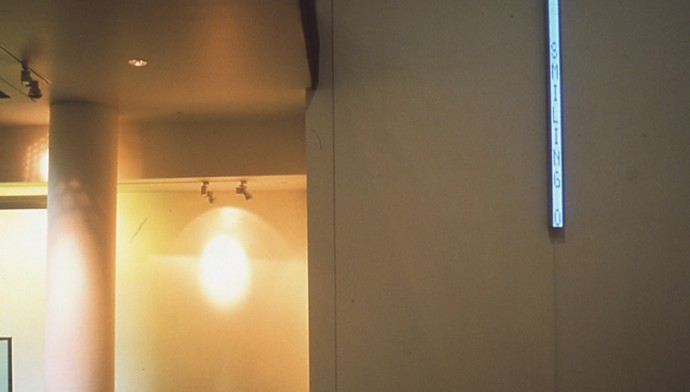 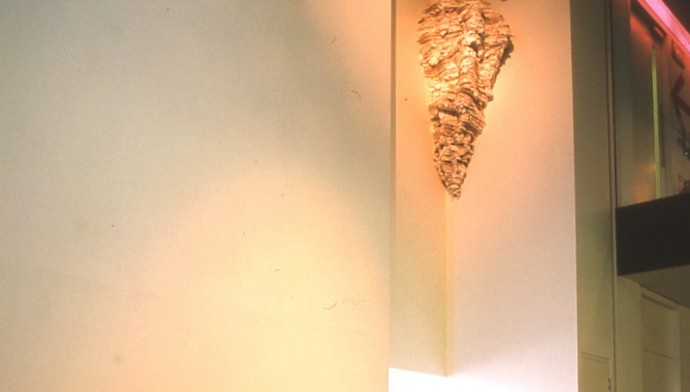 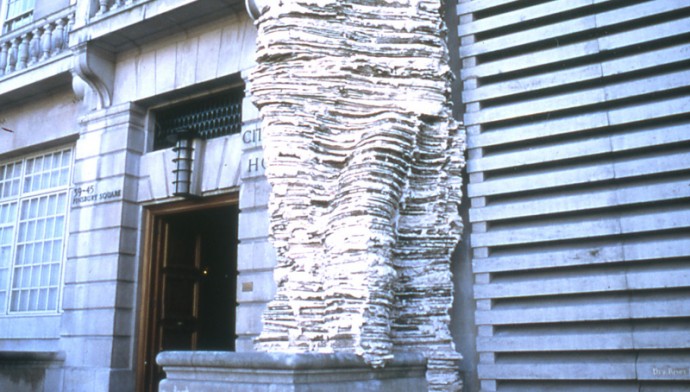 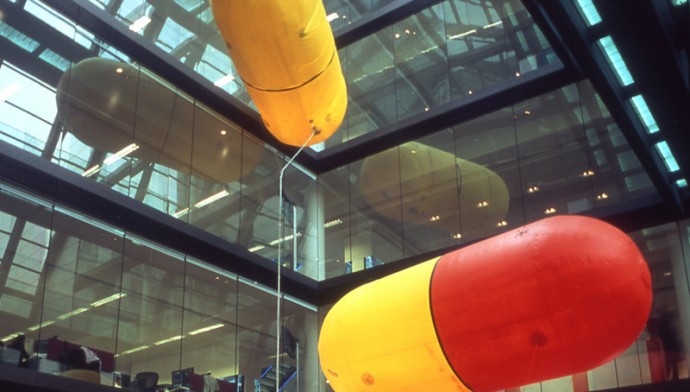 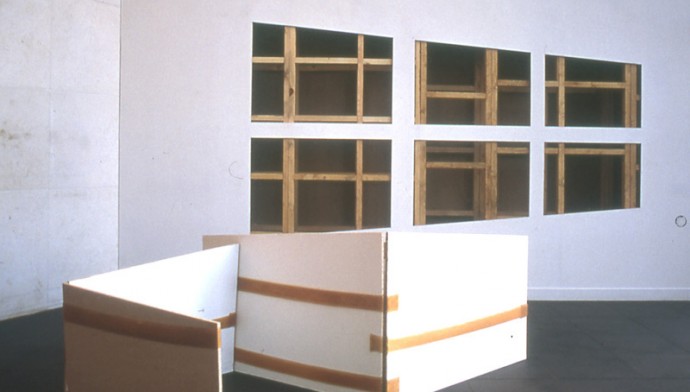 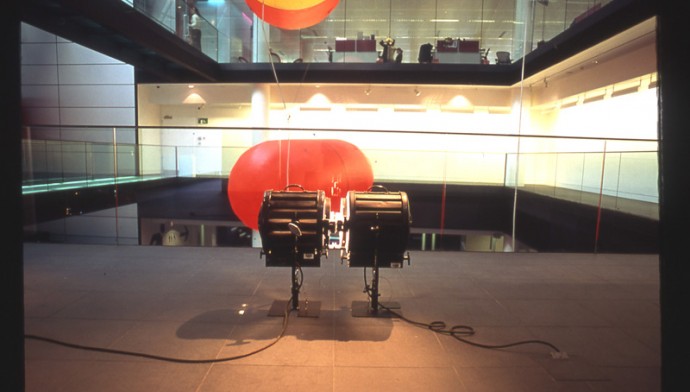 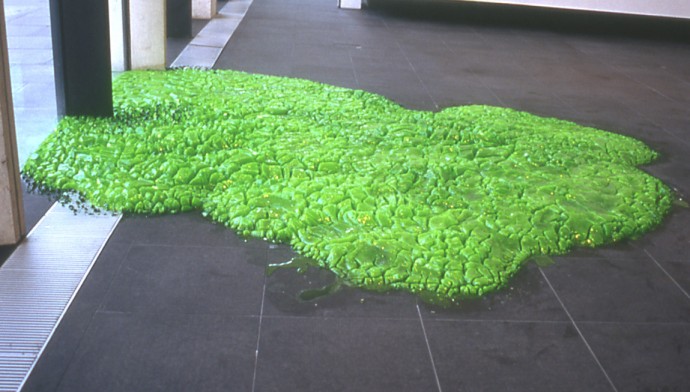