Exhibition Dates: 29 March – 3 May 2003
Pavilions straddle the boundary between art and architecture. Some are unquestionably sculptural objects that encourage the viewer to enter and explore, others are inherently beautiful in a way that does not determine their function. Deploying scale, form, and sometimes colour and pattern, they can heighten perceptions of place and dimension.

This exhibition explored ideas about perceptual space and allowed the viewer to become involved with the work by moving through it, across it, and sometimes inhabiting it. In this sense the work could be described as immersive, a form which takes on such dimension and profusion that is absorbs the viewer.

Kathrin Bohm’s poster project and millions and millions (2001) expands and develops across time and through various spaces. Working with mass produced coloured paper, hand printed designs and found printed matter Bohm created a collage which temporarily transformed the gallery. Mark Dean Veca’s wall paintings operate between painting and installation. Viewed at a distance they appear as a singular painting framed by the architecture of the space they adorn. In closer proximity they rise up with bulbous tentacles and plumes of smoke to engulf the viewer in a new and changed space.

For Pavilion</i, Davies made a painting of multicoloured shapes arranged into layers of shallow perspectival play which repeatedly extended across the whole surface. By contrast Fransje Killaars dealt with ideas about space, or more precisely, location. Non-Stop Amsterdam (1998) presented itself as a transparent picture, reminiscent of a train’s sleeping compartment or a shelf-lined store, where the viewer could both experience the space it provided and be viewed as part of it. 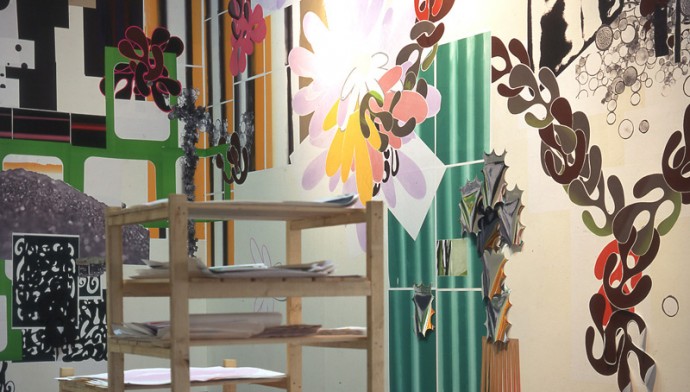 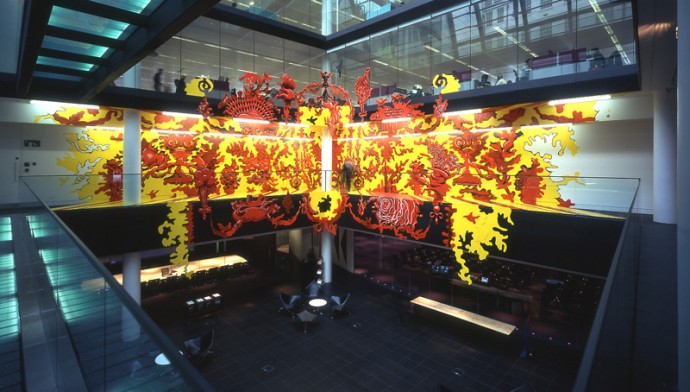 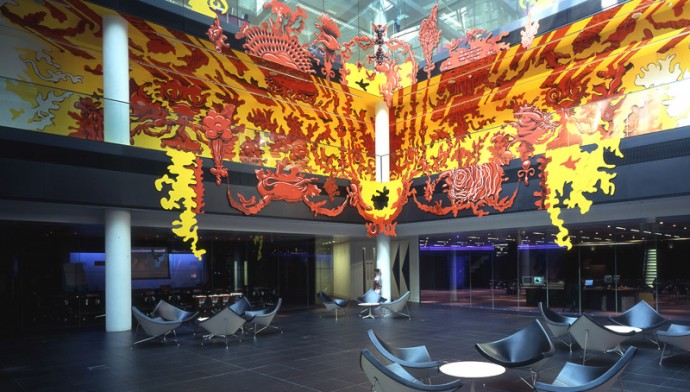 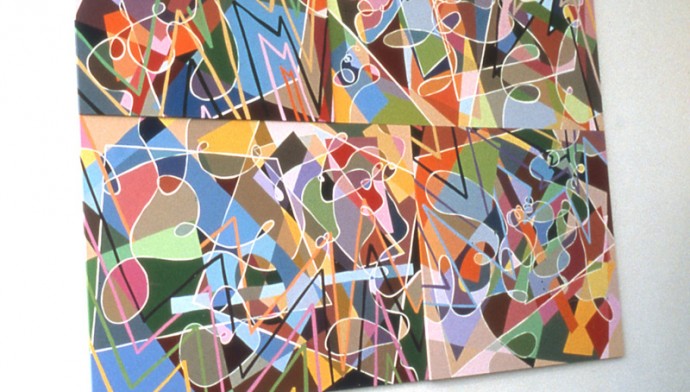 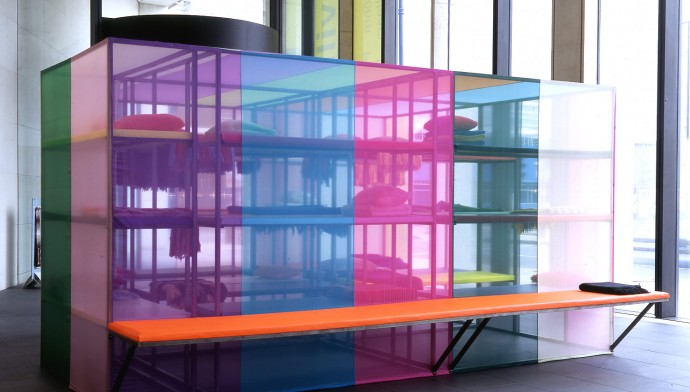