Exhibition Dates: 11 June – 18 July 2009
Liversidge is best known for his proposals – some conceptual, some sculptural, some sublime – ranging from simple poetic moments to substantial installations and one-off performances. The proposals reference the language of conceptual art and question the role of the Artist and Institution/Gallery within their given roles.

Peter Liversidge typed 86 proposals for Bloomberg SPACE. These included the possibility of opening a blood bank within the galleries, knocking a hole in the front of the building, running the gallery as a car showroom and decorating Finsbury Square in white bunting. Over several months Liversidge worked with the Bloomberg SPACE curators to transform a selection of his ideas in to reality. The resulting commissioned works – a photograph, projection work, floral tribute, off-site projects, events, performances and interactions – animated the gallery. Guests at the opening were provided with an original etched glass from the gin stand; visitors who engaged with the invigilators were offered an orange to take home; there was a piano performance and Liversidge even presented an evening to contemplate ‘The Wisdom of Birds’.

Through this process of negotiation and realisation Liversidge investigated how thoughts become ideas, how ideas are translated into objects and how, in turn, those objects are experienced by an audience. The conflict between possibility and fantasy, whimsy and visual solidity were made evident with the display of all 86 proposals on the gallery wall. 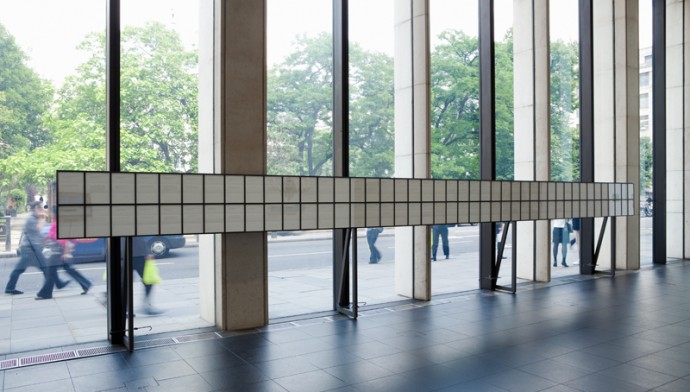 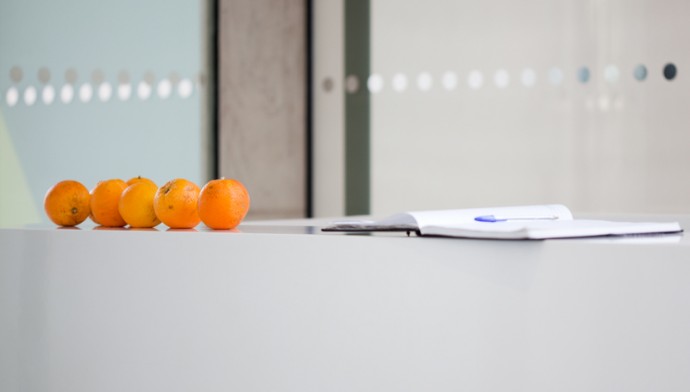 About: Peter Liversidge
(b. Lincoln, UK 1973) lives and works in London.