Exhibition Dates: 6 – 22 August 2009
Andrew Mania’s practice spans painting, video and sculpture. He describes himself as a collector of curiosities, creating assemblages and installations that include figurative drawings, curios, sculptural objects, photographs, videos and film footage. Typically, he recycles found objects and images, such as old master drawings or vintage photographs, and adds his personal obsessions – including yetis, invasive abstract motifs or bird-like swarms. In each of these installations, the setting of each painting, drawing or object becomes of great importance.

For his new commission at Bloomberg SPACE, Mania set up the equivalent of a stage set, a very open planned schematic room, constructed from 3 metre high sections of a reclaimed French 19th century oak panelled room, in order to suggest the boudoir of a collector. Into the panelling, hung with framed drawings, a hole had been bored for looking through whereupon the viewer could spy a female white mannequin painted and scribbled on with thick blue marks. The ‘room’ held a second element – a wooden table onto which Mania had placed a window frame partially ‘boarded up’ with a drawing. 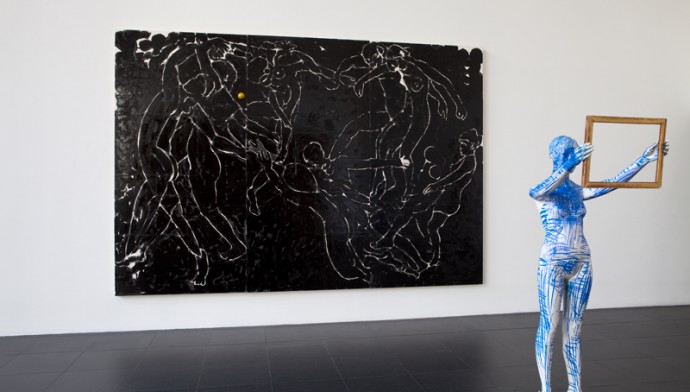 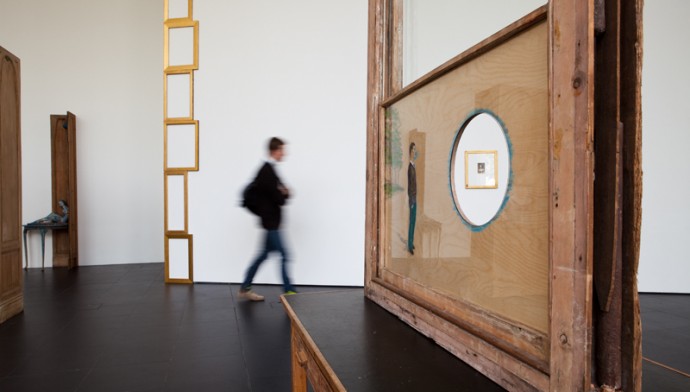 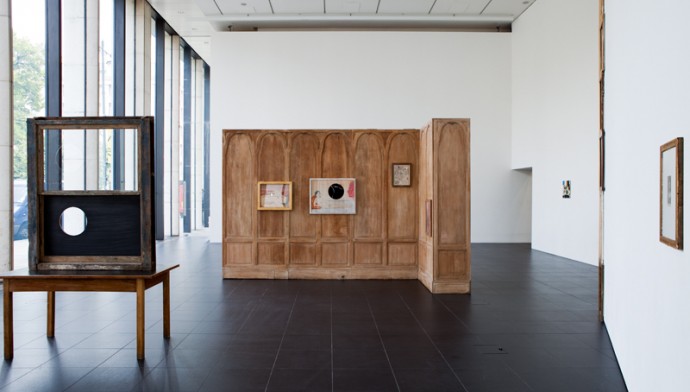 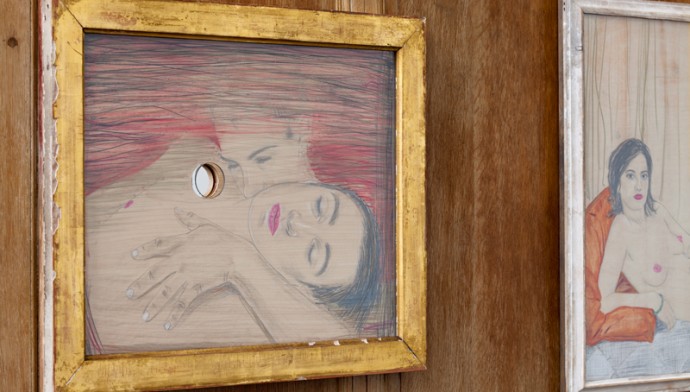 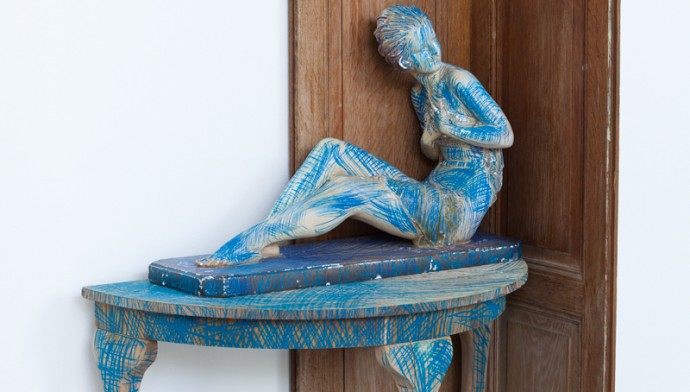