Exhibition Dates: 10 – 26 September 2009
Melissa Marks’ works take the form of drawings, paintings, large-scale wall-drawing installations and animations. Often executed on a grand scale her work reveals her fascination for epic narratives, comic book illustration and the performative quality of painting and drawing. Since 1993, she has continuously developed a body of work based on a central character named ‘Volitia’ (as in volition). Part Superman, part Eve – Volitia is a narrative force that has been driving Marks’ oeuvre.

For her new commission at Bloomberg SPACE, Marks took over the rear gallery, investigating the spatial quality of the balcony area to present the latest installment in her adventure cycle – Adventures of Volitia: Expulsion from Paradise. She exploited a unique opportunity for her circular, abstract storytelling and combined eleven large, full-colour framed drawings with extensive double-height, black and white wall drawing forming a frieze around the atrium. In a representation of “The Fall” the lines of the drawing ran along the walls, ascending and descending, floating and crashing, mimicking the speed and movement of rushing water. 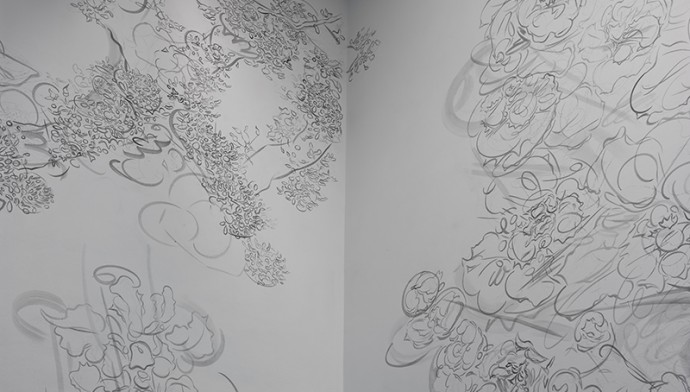 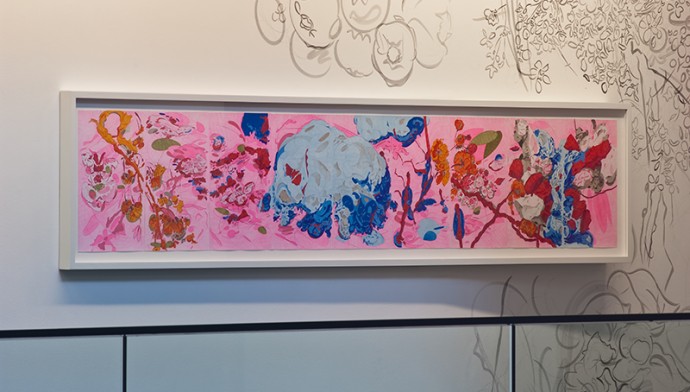 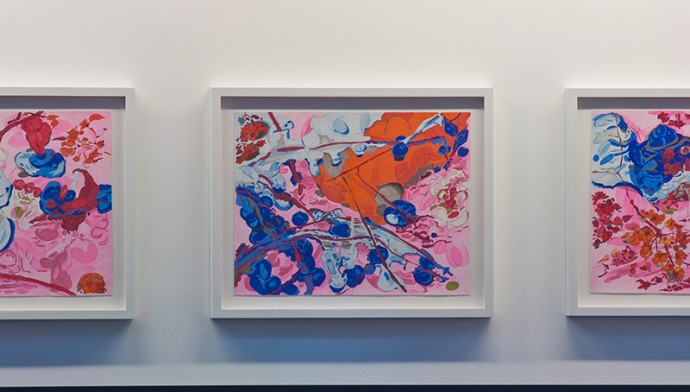 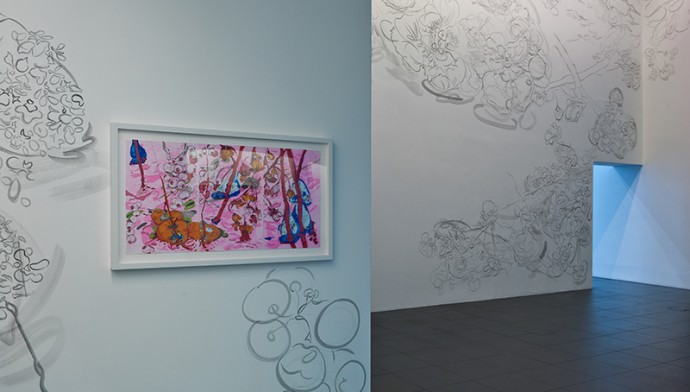 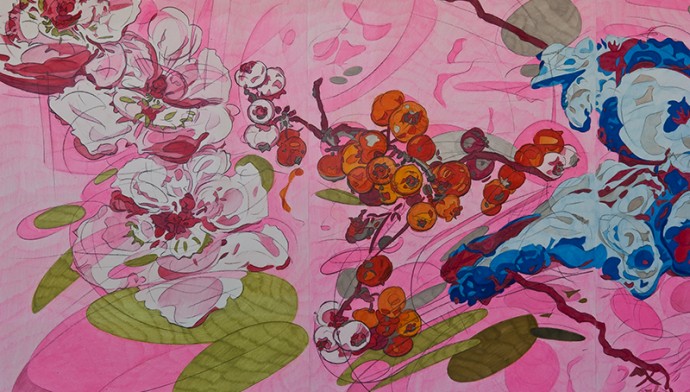