Exhibition Dates: 10 – 26 September 2009
Stuart Cumberland has, more consistently and for longer than practically any one else in the UK, maintained a flirtation with the visual power of Modernist painting. He enjoys the possibilities opened up by an almost endless expressive recombination of artistic styles and statements. His paintings are a satisfying mix of knowing, disciplined gestural abstraction and a riot of referential ambiguities.

Cumberland creates large-scale paintings that are at once monumental and casual, inspired primarily by post-war American and German painting. For COMMA, Cumberland created a series of six new ambitiously large oil paintings. Each consists of three distinct layers -Benday dots in cyan, magenta and yellow, a layer of recurring motifs comprising squiggles, circles and triangles and finally large expansive rectangles of white applied with a roller. Cumberland has used this vocabulary of shapes for a number of years. They began as body parts and have evolved into a series of unconscious gestures painted with brush, spatula and edge of a window cleaning tool.

Cumberland paints in series with the intent to humorously communicate specific themes, for the most part relating to Sigmund Freud’s idea of ‘sublimation’ – the channelling of ‘lower’ sexual urges into ‘higher’ aims such as art or science.

Stuart Cumberland (b. Wokingham, UK 1970) lives and works in London. 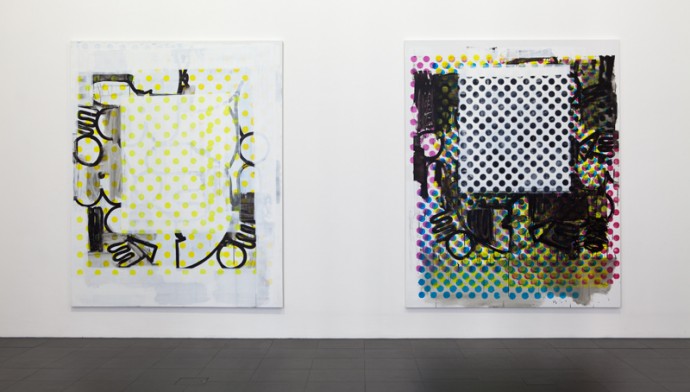 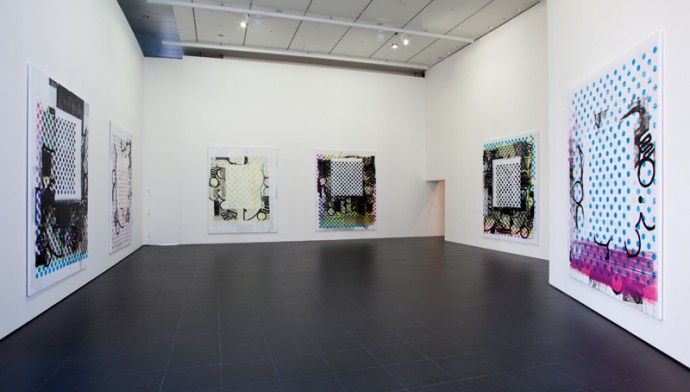 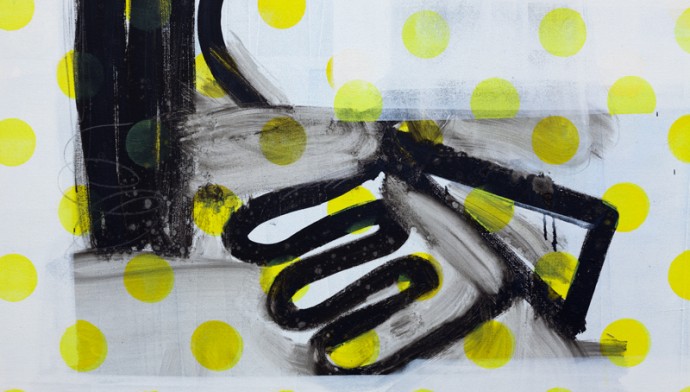