Exhibition Dates: 14 – 31 October 2009
Martin Westwood often works with mass-produced materials collected from the corporate environment – photocopies, carpet tiles, vinyl stickers and newspapers – which he transforms to form the highly crafted components for his installations. Westwood’s images and objects construct fictions that expose a strangely familiar, yet faded, human environment, which recalls the idealised corporate imagery of the 1980s. His complex sculptural installations are concerned with the investigation of how spaces impact on human behaviour from both social and psychological perspectives.

Continuing to develop the subtle relationship with the space in which he shows, Westwood used the specific architectural features of the atrium of Bloomberg SPACE while responding to its functional context. For his new commission, several sculptural elements were set in tension with a short video sequence, shown on a single screen. 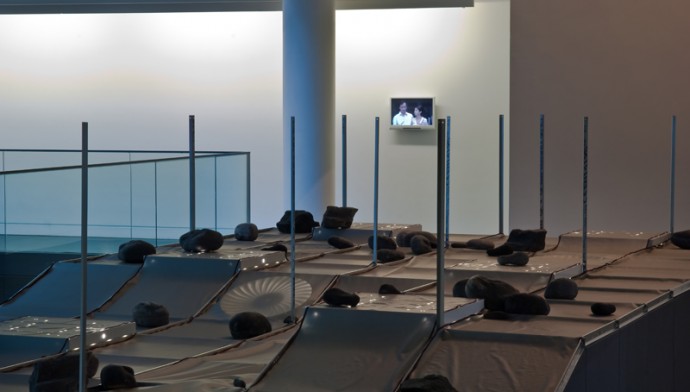 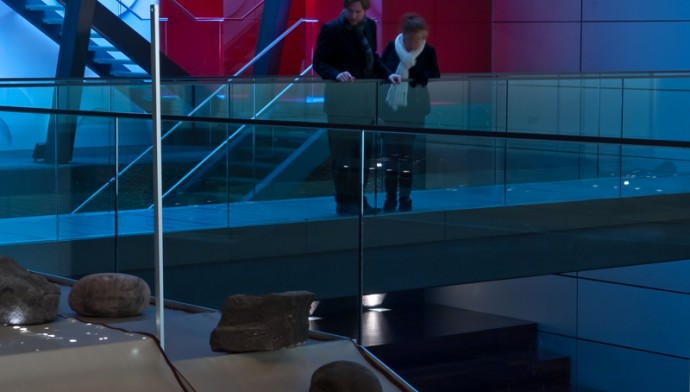 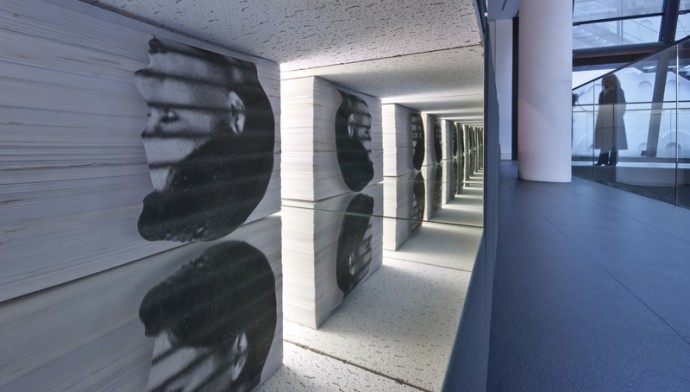 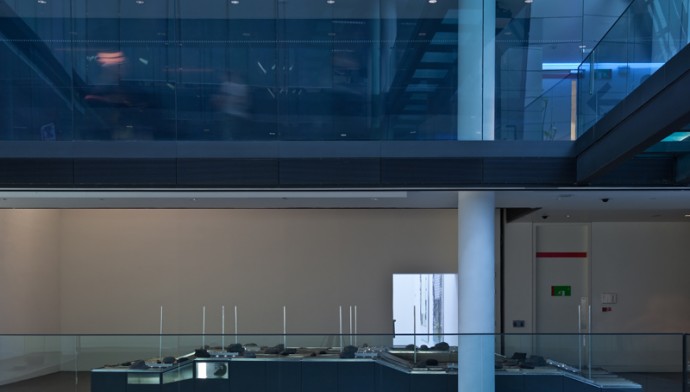 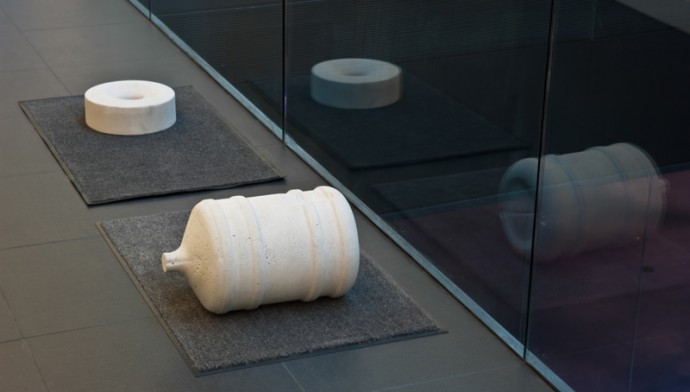 About: Martin Westwood
(b.Sheffield, England 1969) lives and works in London.