Exhibition Dates: 12 – 28 November 2009
Korina is a sculptor and installation artist whose work very much reflects her original training as a scenographer: her large-scale installations recall theatrical sets, creating all-encompassing spaces that convey a very strong sense of narrative on the edge between reality and fiction. Yet these narratives are not based on any specific storyline, they are formed through the interplay of textures, materials and scale. Through her use of found objects, especially materials imbued with strong cultural references (furniture, printed textiles, clothing etc), she engages with social and political ideas, particularly associated with the Russian context, yet with a potentially more global resonance.

For Bloomberg SPACE she created a towering central sculpture in the semi-darkened front gallery, with the room lit by the sculpture itself. In turns resembling a jellyfish, Kraken, spaceship or enchanted tree, the work attempted to give voice to the former USSR’s most voiceless – the silent underclass of economic migrants from impoverished former Soviet republics known as ‘gastarbaitery’ – who play a crucial role in Russia’s economic development. Korina considers her sea monster in many ways as a physical manifestation of their otherness. Faceless, but distinctly handmade, its components are instantly identifiable. Yet the luminous yellows, violets, and pinks slowly emanating from its mysterious crystal head combined with the chill wind and leafy bottom surrounding it give an ominous, surreal atmosphere. 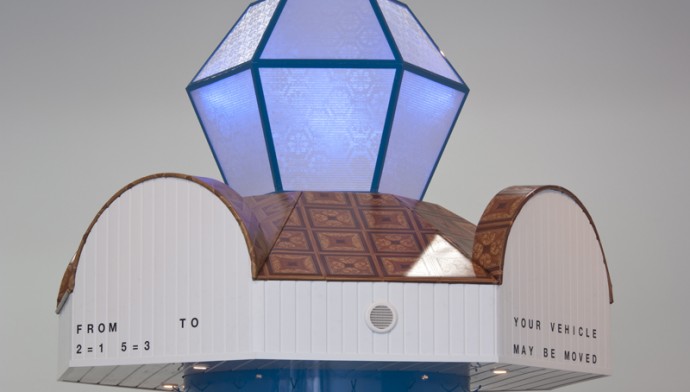 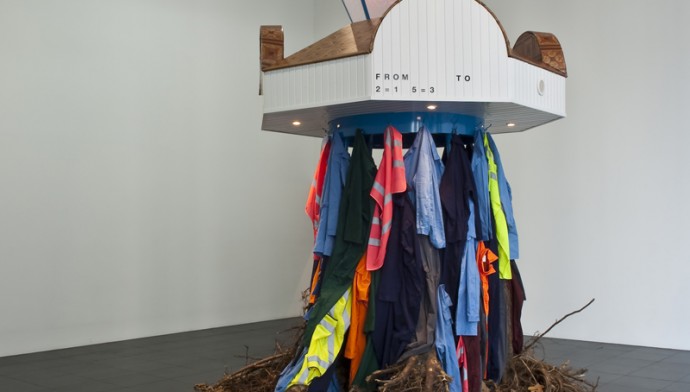 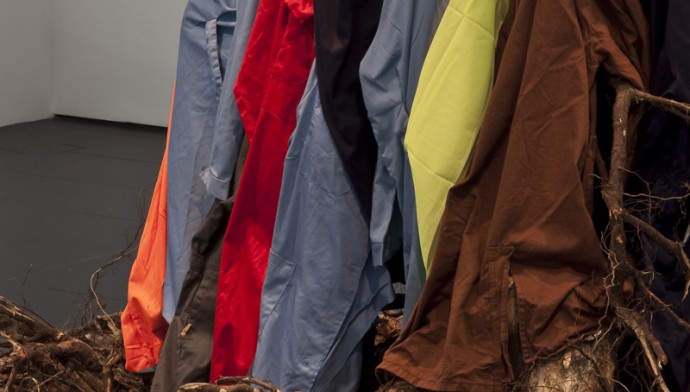 About: Irina Korina
(b. Moscow, Russia 1977) lives and works in Moscow.