Exhibition Dates: 12 – 28 November 2009
Vicky Wright presented a series of new paintings, which draw upon her ongoing concerns with the paradoxical nature of portraiture, politics and patronage.

The paintings, which continued on from her original Extraction series, hint at a hidden history by painting on the reverse of the frame. The works traversed the rear gallery appearing as windows into the machine or portraits of desire, their gaze looking out covetously. At the epicentre of the gallery stood a large ‘totem’ enclosing an illuminated piece of coal, a symbolic source of energy – the prize.

The paintings, simply entitled The Guardians, appear as an exploration of portraiture and what might be revealed on the back of such portraits. The history of genre painting generally, especially portraiture, tends to immortalise the captains of industry who have commissioned it. As Wright explains, ‘The darker side to this is the extraction of wealth at the price of human misery, whether its coal mining in the North or the extraction of minerals in Africa – they all reveal an exploitative transaction. In a sense, the people who aren’t immortalised are the ones who are the exploited’. 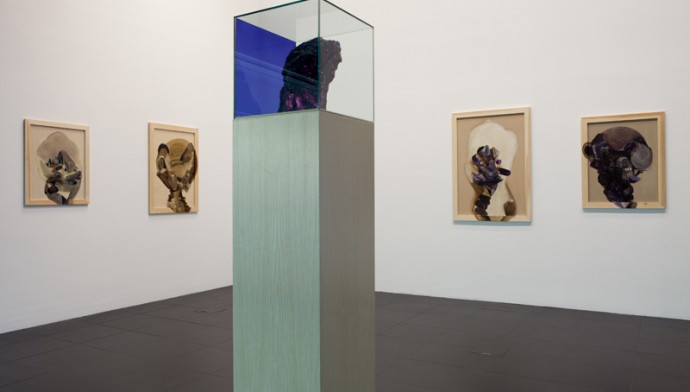 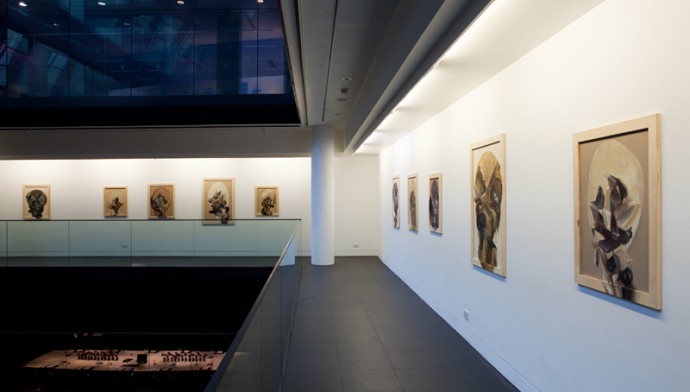 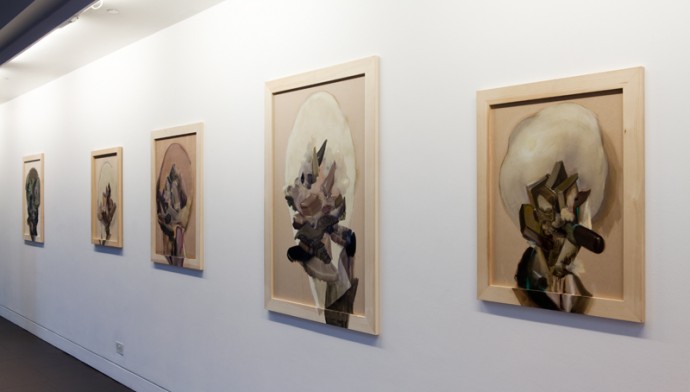 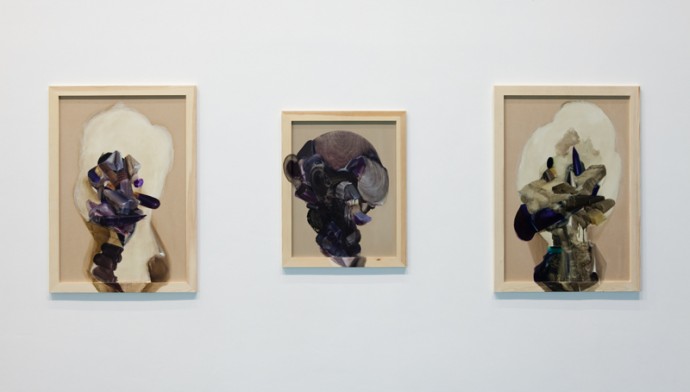 About: Jaime Gili
(b.Venezuela 1972) lives and works in London.