Exhibition Dates: 29 January – 5 March 2005
Bloomberg SPACE commissioned Phyllida Barlow to create new work in response to the different character of each of the three galleries, from the double height voluminous first space to the balconied areas of the atrium. Skit was assembled onsite during January 2005. Emotional and instinctive, nailed and bound together as if broken and unstable, it existed and evolved in contrast to the architecture.

For the last four decades Barlow’s work has consisted predominantly of large three-dimensional installations in which the use of space – and our relationship to it – plays an important role. The identity of the materials she uses (wood, cloth, plaster, paper and house paint) remains visible in the completed work. Structures and forms, both rudimentary in construction and densely built, explore ideas of mass and volume. Containing references to architecture, with elements such as staircases, platforms, walls and barriers, her work triggers narratives but also demands to be read as abstract form. Barlow’s daubed application of paint amplifies the use of pattern and repetition in her constructions. Her work references painterly abstraction both through the deployment of colour and the materials she uses. By shifting scale and composition her structures and objects play with the familiar and seem to take command of a space whilst simultaneously appearing temporary and incomplete. 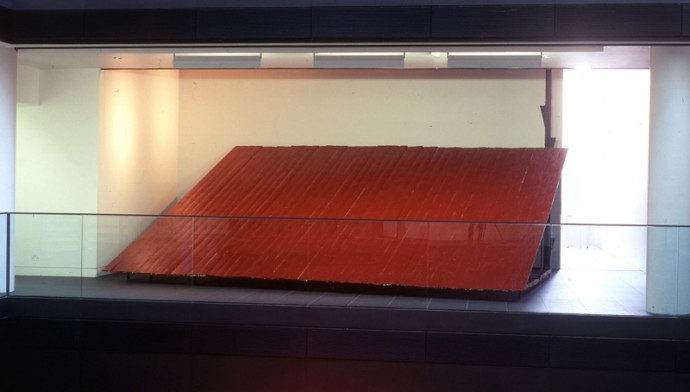 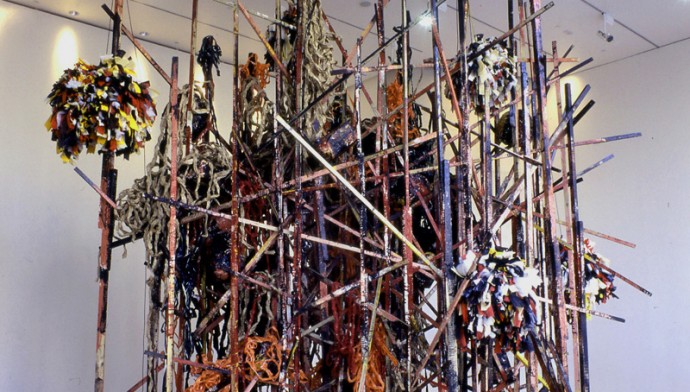 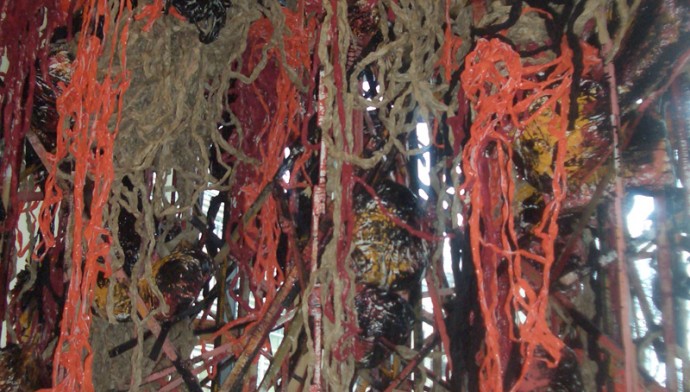 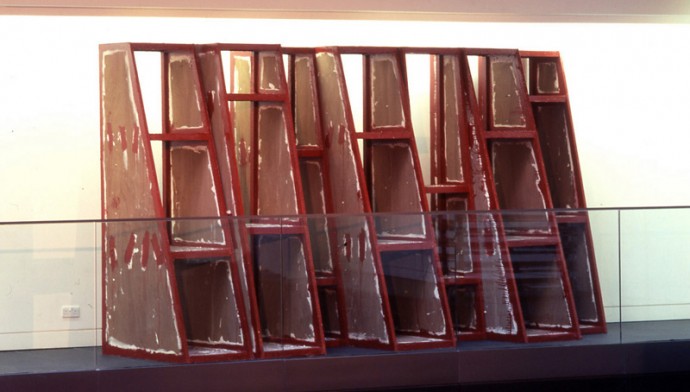