You won’t find Richard Woods making small domestic size paintings for a gallery. On the contrary his works are parasitic and continually reference, alter and play with our everyday environment. Using Print, in the traditional sense with blocks, Woods mimics the surfaces and forms which surround us, from wood flooring, to hay covered walls, to brick walls and digitally created flower patterns. Altering the colors of these patterns grabs our attention and brings to life the simplest of surfaces which cannot be easily ignored. These prints are then enlarged and impressed on our surroundings to wrap and cover everything from the furniture to the floors, to ceilings, pillars and in some cases the whole building.

Far from its appearance as a mass produced surface or perhaps even a single sheet of paper covering the object, wall or building, each block is printed individually by a caring hand. The colours too are also selected just as carefully by the artist to suit the environment, area or even purpose. On closer inspection of the work you can see imperfections, where the paint has leaked, dropped or smudged from the print block and of course on event closer inspection we can see the relief of the paint where the block has been lifted.

Each print is identified as a Logo and is given a number. Bloomberg’s Logo is no. 106 and covered the windows of Bloomberg SPACE, and now covers one side of the hoardings at the Wallbrook site. For this commission Richard Woods has developed a unique aspect to the piece. Usually the Logo can only be made and shown in one place at a time, however for Bloomberg the artist has made an exception to allow the logo to be shown in several places at the same time. The original piece itself will be on the walls of the Wallbrook site where the passers-by will be able to see the hand printed surface. On the carpet in the pantry offices and on the windows of the gallery you will find digital prints from photographs of the original piece itself, representing the Wallbrook site. Having the logo at multiple sites will create a strong visual link is created between the present Bloomberg building via the gallery windows and the future Bloomberg building via the hoardings. This has allowed the artists to bring together and wrap the two sites together via the Logo and explore the logo expanding and covering areas across London. Richard Woods. Logo 106. 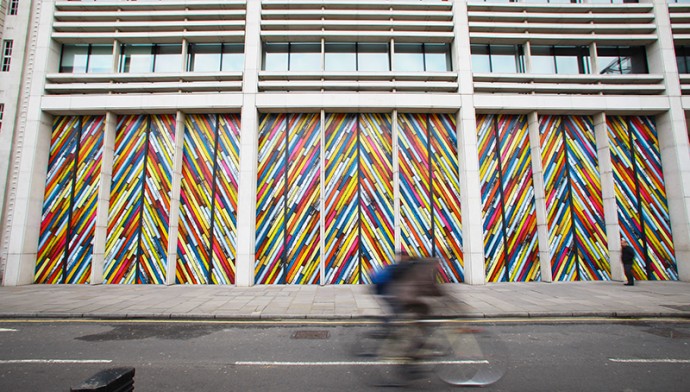 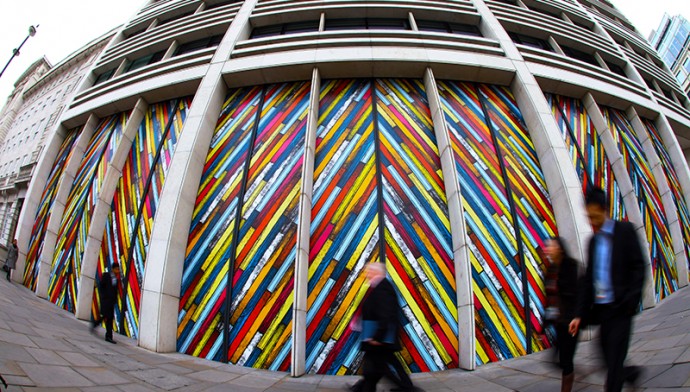 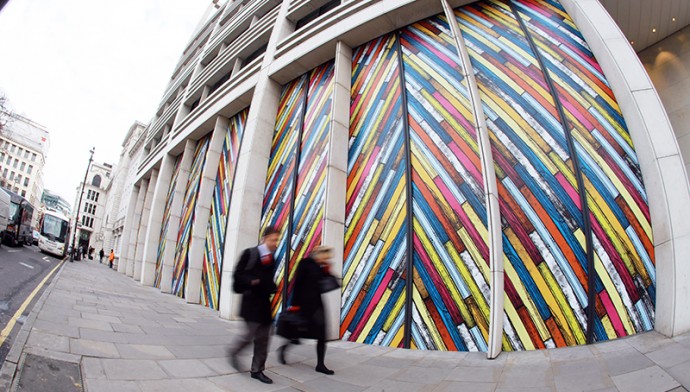 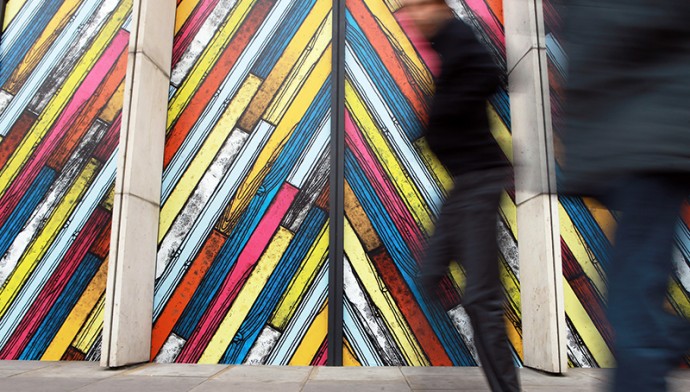 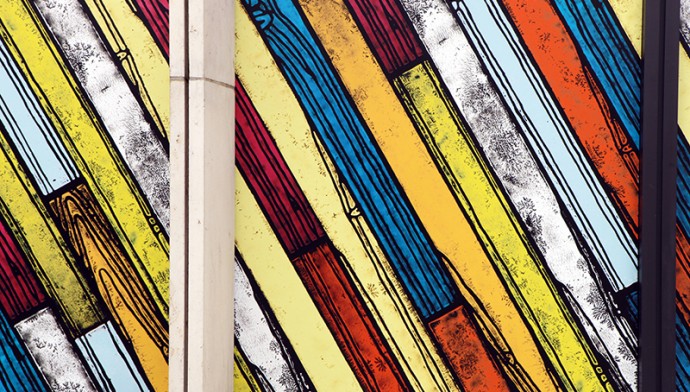