Landscape and the role of the artist in a globalised society have been important themes for the artist throughout his career. Parry’s on going Art Zimbabwe project addresses questions of artistic agency and cultural production. Associated works have met with critical and commercial acclaim with the Luis Vuitton blanket counterfeit paintings constituting the artist’s first major museum exhibition at The National Gallery of Zimbabwe in 2010.

Exhibitions of Parry’s work have travelled throughout Europe, Africa and the United Kingdom, and include major exhibitions at The Institute of Social Hypocrisy, Paris; Christie’s auctioneers and the MOT gallery London. In addition to two major land art commissions in Scotland, the artist was awarded the Dazed/Converse Emerging Artist Prize in association with The Whitechapel gallery in 2011.

Sometimes in life you adopt 4 baby elephants from Nairobi to outsource a Bloomberg painting commission to and concentrate on buying a flat in the emerging London suburb of Brockley. I have done both these things and now share the experience in an exhibition called Elephant Paintings. Thank-You. 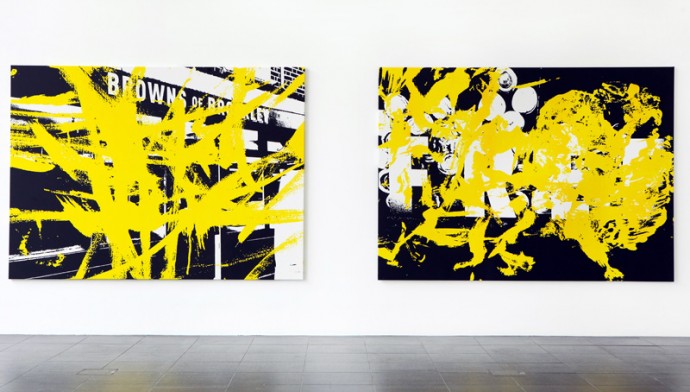