Exhibition Dates: 2 June – 1 September 2007
Paul Morrison breathes life into the traditional genre of landscapes and botanical paintings in a skilful and multi-faceted way. His black and white paintings are characterised by the recurrence of individual plant motifs, which he presents in a range of compositions and scales. Mixing high and low culture, Morrison draws on imagery from popular and classical sources. These references range from the Disney cartoon to an Albert Dürer landscape to create abstracted and often hyper-magnified visions of landscape. Morrison makes inventive use of perspective and proportion, the classical elements of composition, to sample different patterns of perception. He slowly unpicks the act of seeing and challenges the sophisticated way we have grown to see the world.

Paul Morrison’s exhibition at Bloomberg SPACE was characterised by his continued involvement and fascination with the use of traditional printing methods to represent landscape. For each of the three galleries he responded to the particular architectural qualities with newly commissioned site-specific work. Across two adjoining walls in the front gallery the expansive image of a lake was dominated by two smoking volcanoes. Bordered by the black silhouettes of two trees this densely lined image had at its centre a large circular flower over four metres in circumference. This circular motif reoccurred in the rear gallery this time as if a huge peephole has been drilled in the wall through which a large spherical single multi-headed bloom could be seen. Finally, a medieval landscape of citadels perched on rocky mountains ran around the atrium. 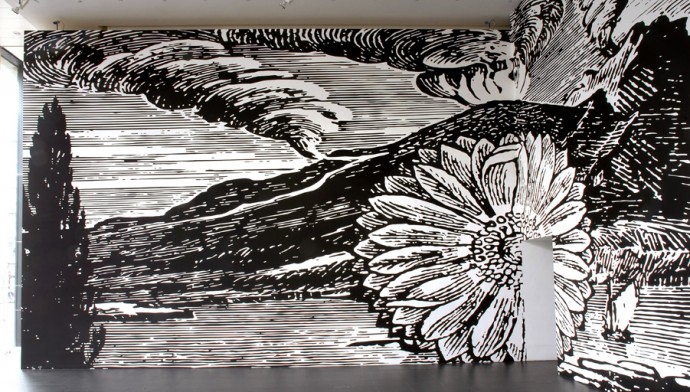 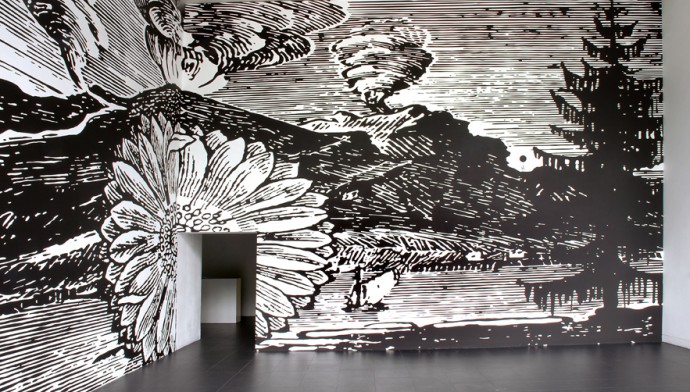 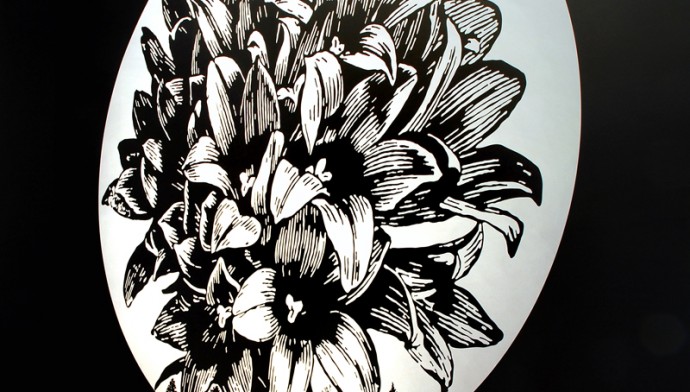 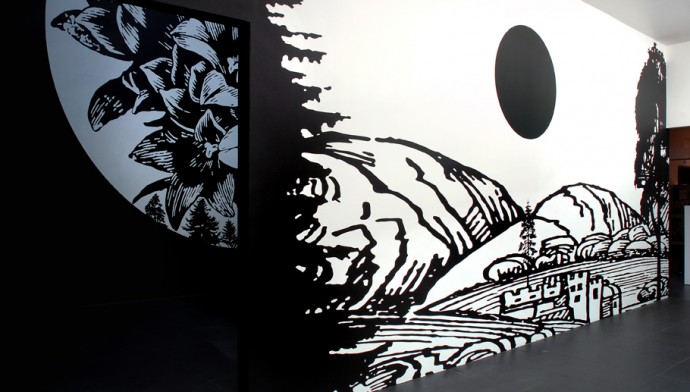 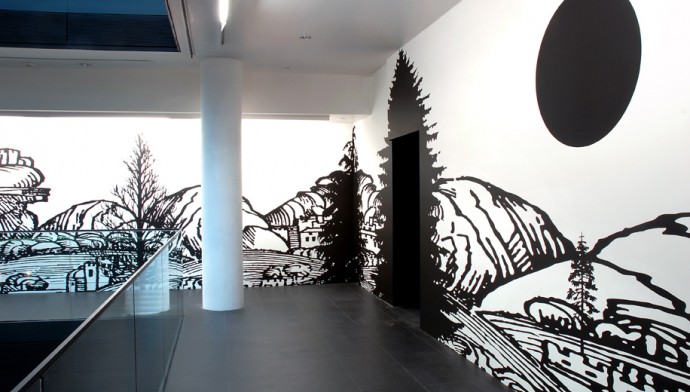 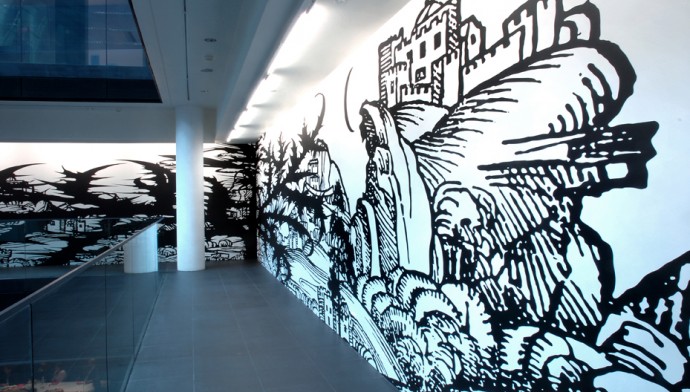 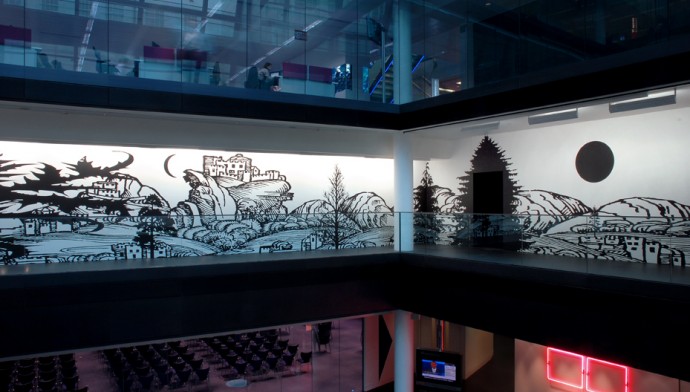 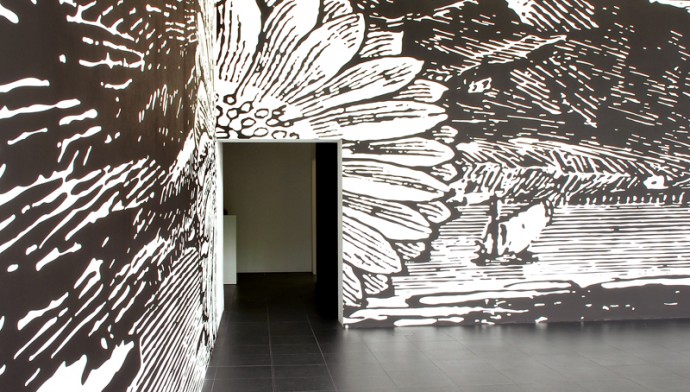