Exhibition Dates: 2 August – 20 September 2003
Work placed outside typically conforms to the material-led orthodoxies of the sculpture park, the temporal nature of the site-specific or the compromise of the public sculpture. Reflecting a variety of approaches to sculptural form, The Square Show acted as a proposal and an invitation to reconsider a familiar urban space as viable and valid place for the temporary placing of art. The exhibition utilised Finsbury Square, where Moorgate and City Road meet in front of Bloomberg SPACE, and the gallery itself to display thirteen individual works by a number of international artists.

The works in the square were installed both in the open air and within the built structures that service the car park below. Some sculptures could be sat upon, Stefan Kern’s large pink seat Haltestelle (2001), Paul Ramirez Jonas’ deckchairs You Are Here (2003) and Franz West’s bright orange Stizwurst (2000), recognising and acknowledging the recreational purpose of the square. Some works were more consciously ornamental as with Mark Hosking’s Fountain Hose (2003), whereas others were more traditional in their sculptural form and role. 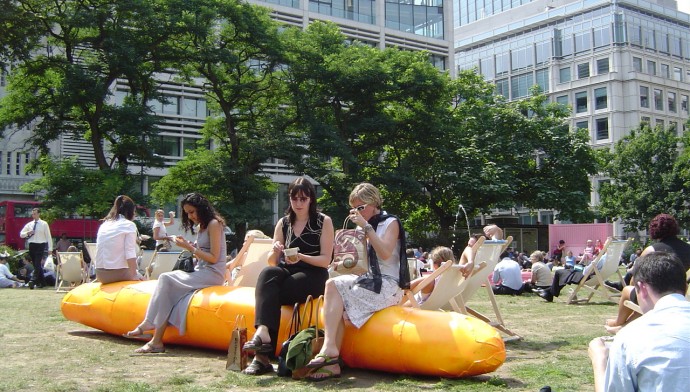 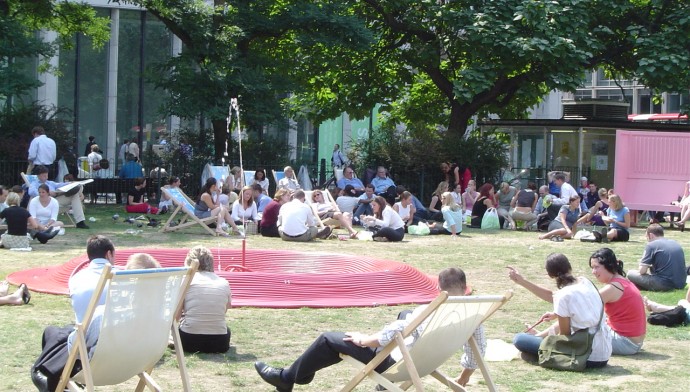 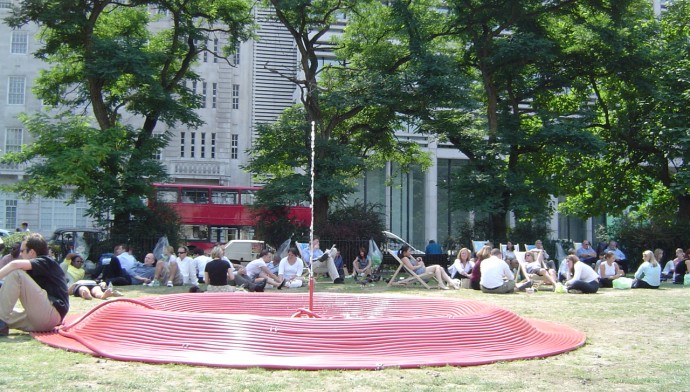 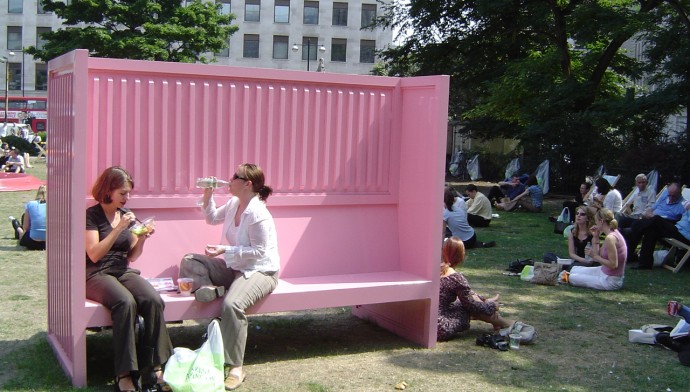 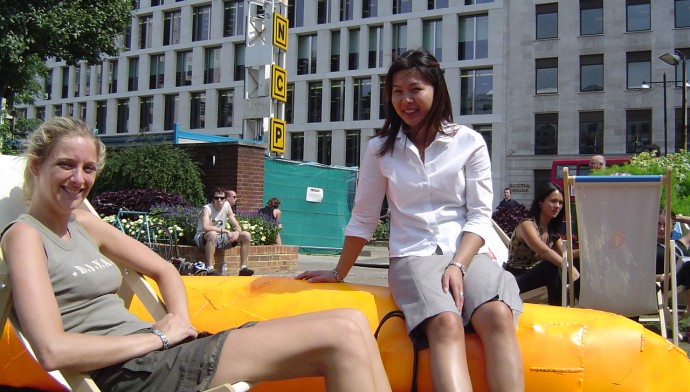